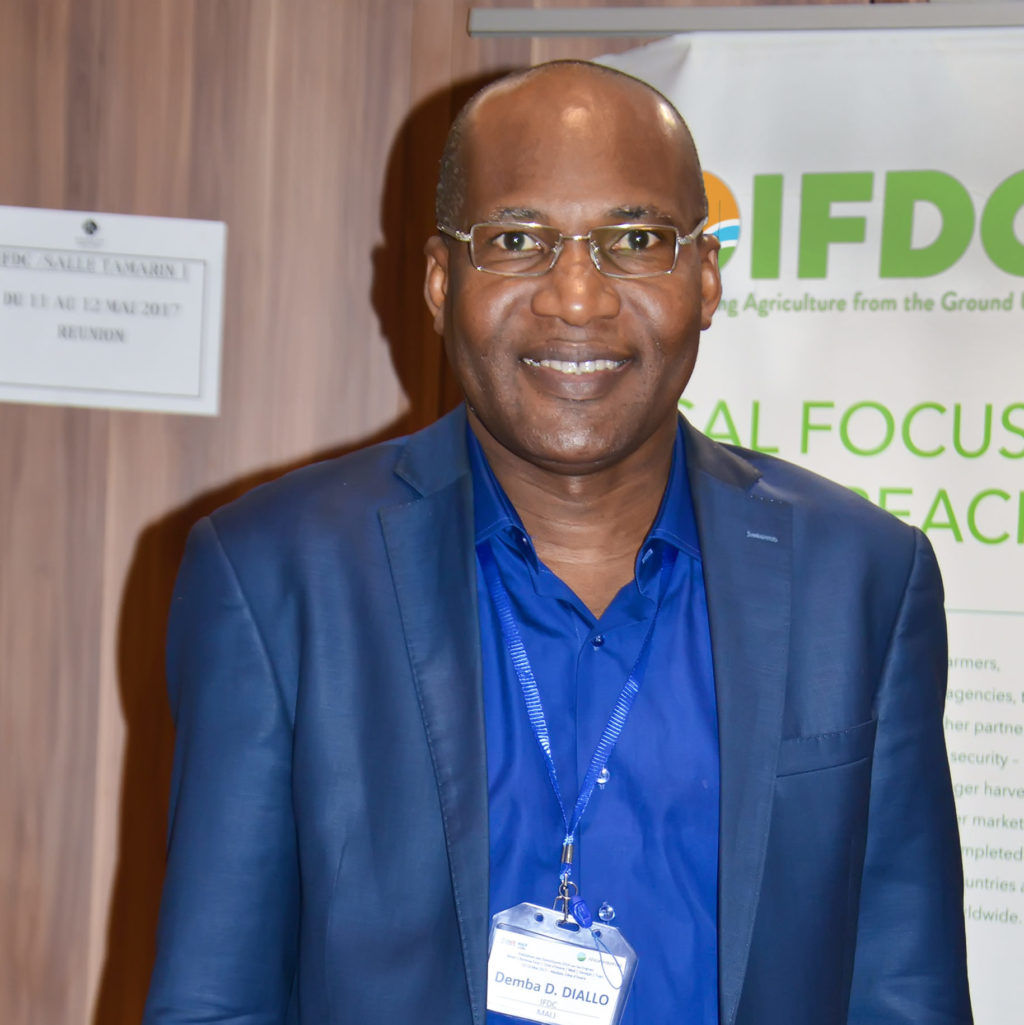 Doua Demba Diallo joined IFDC in December 2014 as the Mali National Coordinator of the USAID West Africa Fertilizer Program (WAFP). Since March 2018, he has held the position of sub-regional coordinator in six Sahel countries for the EnGRAIS program and is the IFDC country representative for Mali.

His transversal position in EnGRAIS allows him to contribute to the achievement of the overall results of the program by collaborating with the four team leaders who are responsible for the development of the fertilizer private sector, agricultural input packages development, fertilizer policy (Regulation and national subsidy program), and buy-in mechanisms.

Prior to his work at IFDC, Diallo used his skills in the fields of employment and professional training, SME development, microfinance, business development services and agricultural development to benefit thirteen programs and projects executed in Mali. Diallo obtained a master’s degree in business administration (MBA) from the University of Quebec in Montreal. He won a business start-up competition in Africa in 1995.