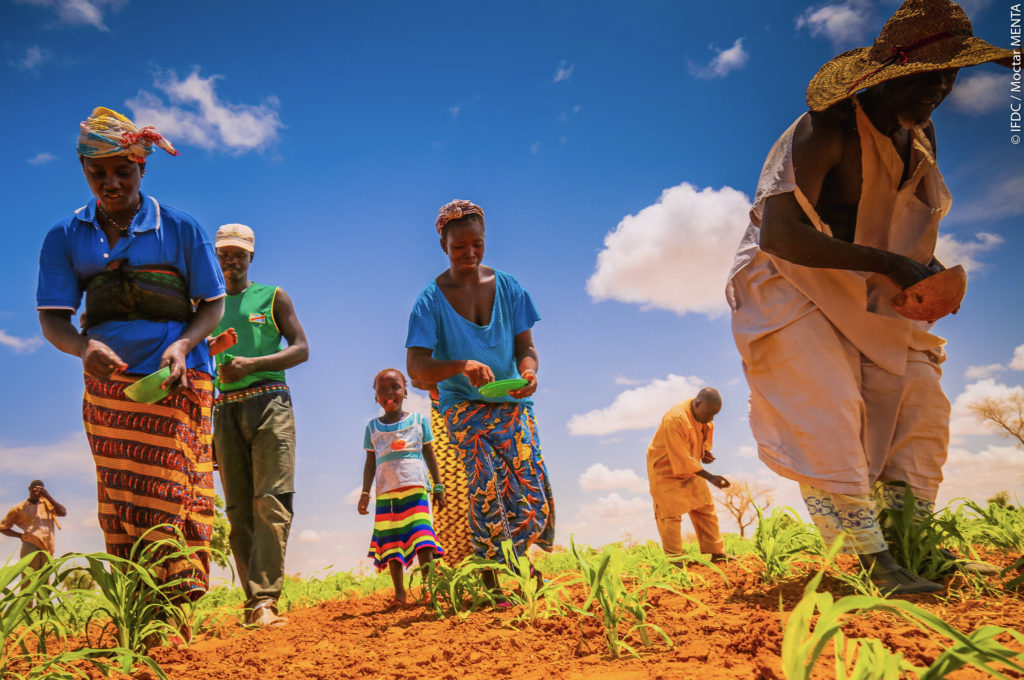 For more than a century, fertilizers have driven agricultural intensiﬁcation, feeding more than half the world’s population. Their use slows deforestation, the source of 12% of all greenhouse gases, and prevents the depletion of soils’ nutrient and carbon contents, the cause of low and declining crop yields. Improved fertilizer development and dissemination will be the catalyzing factor in achieving a 60% increase in global food production by 2050, when the world’s population could exceed 10 billion.

Despite these necessary beneﬁts, losses associated with nitrogen-based fertilizers constitute half of agriculture’s contribution to global greenhouse gas emissions. In addition, the effects of nitrogen and phosphorus fertilizer overuse can be seen in the pollution of waterbodies, such as the Chesapeake Bay, the Gulf of Mexico, and the Great Barrier Reef.

While average nitrogen use efﬁciency for cereal production can be as lowas 30% in developing countries, IFDC research demonstrates that improved management practices and balanced plant nutrition, including incorporating small amounts of secondary and micronutrients (SMNs), increases nitrogen uptake and boosts farm yields by as much as 35% across various sub-Saharan soils and crops.

In Bangladesh, the most climate-vulnerable nation, farmers intensively cultivate rice on 80% of all land holdings. Widespread nitrogen fertilizer overuse results in major losses, creating environmental stress and placing an economic burden on farmers and the nation’s ﬁnancial capital.

As a solution, IFDC introduced urea deep placement (UDP) to smallholder Bangladeshi rice farmers, more than 2 million of whom apply the technology on 1 million hectares of rice. UDP reduces urea use by more than 30% while increasing yields by 15%. This improved efﬁciency results in a 60-80% decrease in nitrous oxide emissions. Farmers experience 24% higher incomes, while the government of Bangladesh saves $30 million per year on fertilizer subsidies.

Where continuous cereal cultivation has mined soil nutrients, such as in sub-Saharan Africa, IFDC promotes ISFM practices to reverse the trend of decreasing yields and soil organic matter. The greater biomass resulting from yield increases are incorporated back into the soil to boost soil health. IFDC-assisted farmers in sub-Saharan Africa using ISFM have more than doubled their productivity and increased incomes by 20-50%. In only a matter of decades, soils beneﬁting from ISFM can sequester up to 1,000 kilograms of carbon per hectare per year.