Innovation, the Fuel and Future of IFDC

“Innovation distinguishes between a leader and a follower.”

In the mid-1970s, business as usual was leaving the world hungry. Oil and food prices soared. A concurrence of unfortunate events threw the world into economic chaos. As part of the solution to these events, IFDC was formed by a group of forward-thinking leaders who knew one thing: the world needed immediate innovative action. This would be IFDC’s mantra. Forty years on, innovation is our legacy – and it is our future.

The year 2007 looked a lot like 1974 – spiking oil prices and all. By then, the world had a better idea of how the Earth’s climate is changing, and these realizations only compounded the problems of reduced crop yields and rising fertilizer prices. Dr. Amit Roy, president and CEO of IFDC, realized that this would not be the last time smallholders would have to bear the brunt of rising input prices. An idea emerged. What if the brightest minds of the world were unified to develop novel fertilizers that not only increased yields but also were affordable and economically beneficial for farmers and not detrimental to the environment? The idea resulted in the formation of the Virtual Fertilizer Research Center (VFRC) in 2010, a research initiative of IFDC committed to developing novel fertilizers to nourish plants and people.

The VFRC’s approach realizes that novel fertilizers will not be enough. The future threats posed by climate change, for example, demand innovation across the entire agricultural spectrum, an approach in which climate-smart fertilizers operate in unison with other solutions, such as new seed technology, improved access to credit and other integrated approaches. Among other areas, policy, nutrition and education will play an especially important role. The VFRC takes these into account, involving forward-thinking scientists, nutritionists and host of other partners to focus on solutions for the future.

Looking back, the past 40 years have been a testament to the power and success of innovative action. But now IFDC reaches forward. By 2050, population will have grown by more than 2 billion and climate will become more unpredictable. Other issues we have not yet even imagined will need to be solved. IFDC and our partners must consider, what will be our engagement in the years leading up to then? While our short-term goals may change, the fuel that drives those goals will not. Innovation will guide IFDC’s future.
The VFRC – Feeding Plants to Nourish a Growing Population

In 2008 Dr. Norman Borlaug wrote a letter to Dr. Roy that included a timely message: “the work of the Green Revolution is not yet finished.” Urging “a new round of technological advancement… and a lot of hard work” Dr. Borlaug’s letter provided the impetus IFDC’s leader needed to create the Virtual Fertilizer Research Center in 2010.

Working within their partner institutions, this network of professionals collaborates to develop ways to instantaneously deliver nutrients to plants – and thereby people. “By starting from growth processes, plant biologists will guide chemists in fertilizer production (in an interactive process) to package and deliver nutrients in a form that is usable by the plant,” explains Dr. Prem Bindraban, Executive Director of the VFRC. The VFRC explores many advanced technologies involving bulk, fine and bio-chemistry; nano- and bio-packaging; and root, stem, leaf and fruit delivery systems. With these approaches, the VFRC aims to develop fertilizers that will become economically viable production factors to improve farm livelihood, revert agriculture’s negative contribution to climate change, unleash the power of nutrients to feed plants and nourish a growing population. 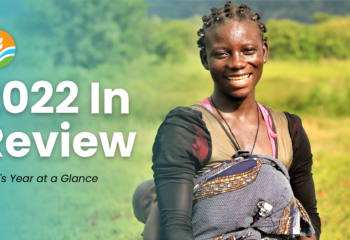