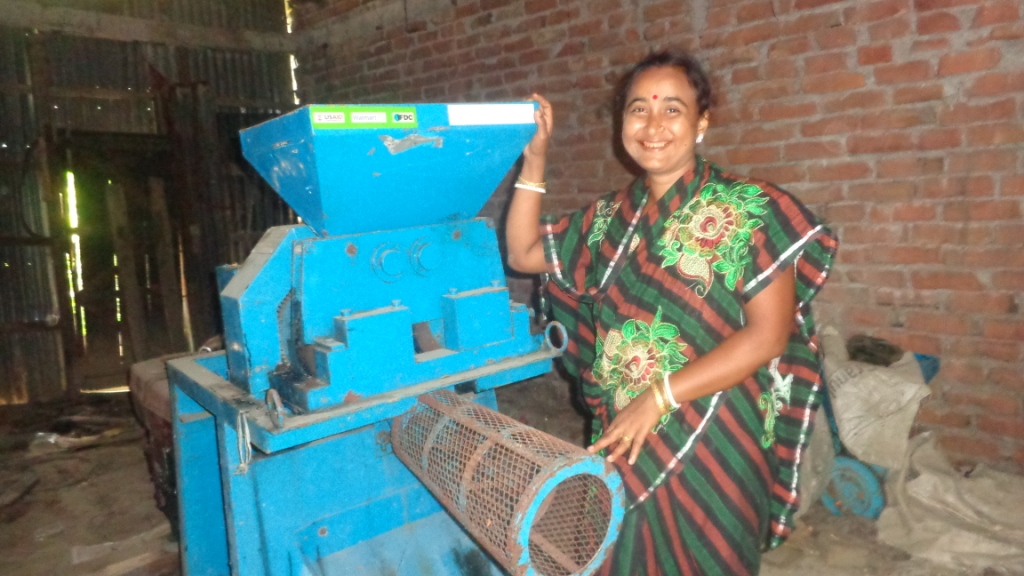 Rinku was a full-time homemaker and devoted mother of two. Her husband, Taposh Kumar Dey, was a hardworking farmer.

But Rinku wasn’t satisfied. She wanted to contribute more to her family’s financial and nutritional well-being. 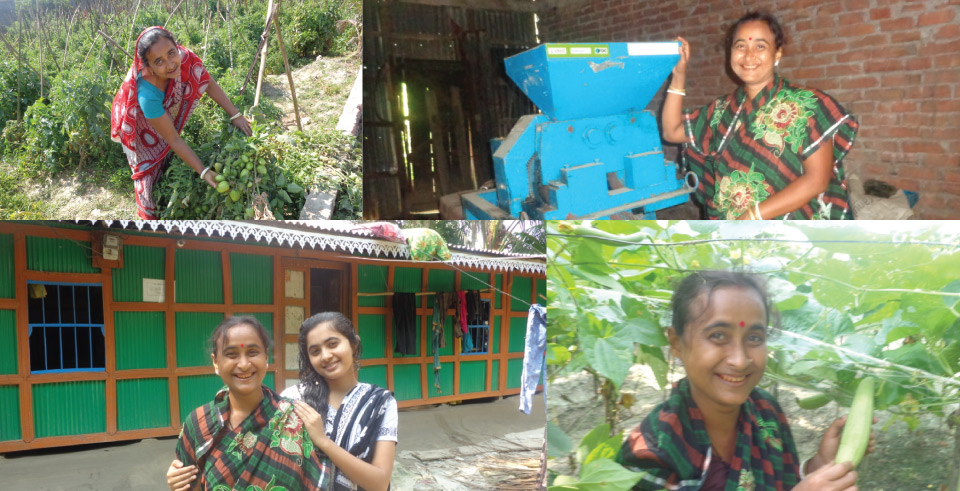 After convincing Taposh to use her newly learned techniques, they had an excellent harvest and started to spread the word about AAPI-WFA training and FDP. Because of their constant advocacy, the local WFA staff approached Rinku with an opportunity to invest in a fertilizer briquetting machine. They decided to start a new family business producing fertilizer briquettes.

AAPI-WFA supplied a portion of the machine’s cost and even arranged for the machine to be delivered to Rinku and Taposh’s home. More than that, AAPI provided technical and business training – from actually making fertilizer briquettes to business management and marketing skills – while Rinku and Taposh got their new venture off the ground. AAPI also linked them with local fertilizer dealers and retailers.

At first, not everything went smoothly. They struggled the first few months while learning to operate the machine and manage a business. But AAPI-WFA continued supporting them, and the program helped the couple through more training sessions. After they made connections with retailers, production and sales took off. From June 2014 to May 2015, Rinku produced 250 metric tons of urea briquettes, securing a profit of 250,000 taka (approximately U.S. $3,184).

Now, Rinku and her husband are running a successful briquette production operation, and their income is stable and secure. They are financially able to send their children to school and make sure they have adequate nutrition.

Despite her newfound stability, Rinku is never satisfied – she still wants more.

Rinku and Taposh continue to farm vegetables, and now use their land as demonstration plots so farmers from the community can observe the benefits of UDP and best farming practices. Rinku also fulfilled her longtime dream of owning a cow. The family’s next project is to rebuild their house using bricks.

None of her success, Rinku realizes, would have been possible without UDP or the indispensable training she received from AAPI-WFA. Because of the couple’s perseverance and openness to learning, they have secured their futures and become a cornerstone of support for an entire community.