Professionalism in Seed Production: A Path to Success 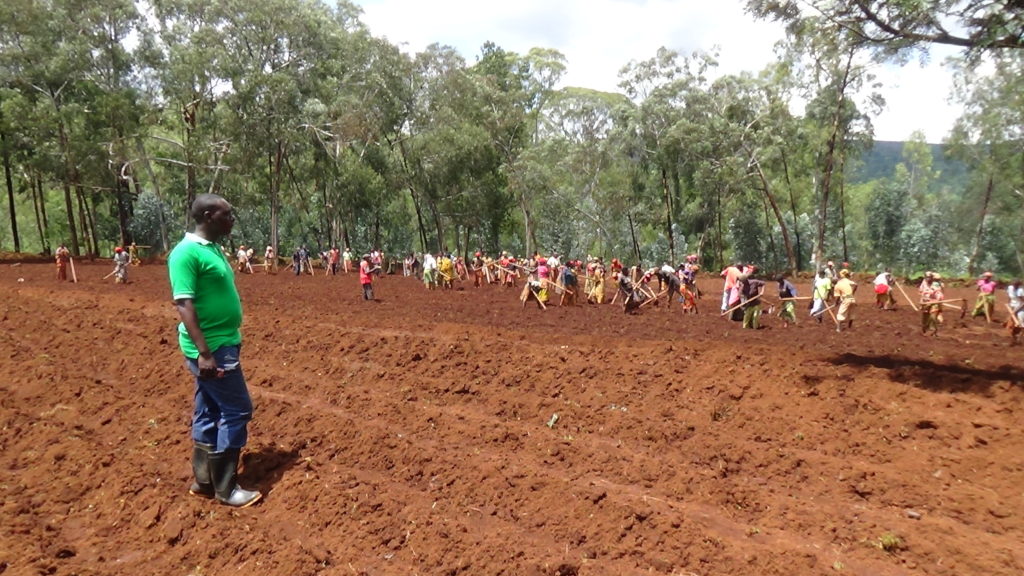 A case study of an entrepreneur in Mwaro, Burundi

Access to quality seeds remains a major challenge for many producers in Burundi. As of now, there are efforts underway to solve this problem. Léonidas Nimpagaritse is part of this initiative. Through IFDC’s Integrated Seed Sector Development (ISSD) project, he reached the top of his field, and now he helps ensure the availability of potato and maize seed throughout the country and the shift toward increased incomes.

Seed Production Without a Professional Touch

Léonidas, a producer of maize and potato seed, lives in the Ruramba hillside in the town of Kayokwe, Mwaro. He is married and has two children. President of a seed production cooperative in Burundi (COPROSEB), he has worked with the ISSD project since February 2015.

Before learning about ISSD, Léonidas was already a seed entrepreneur operating within a large area. His seed producing enterprise began in the Rutana province, where he sought land to produce potato seeds. He was lent 40 hectares (ha) of land by the Provincial Directorate of Agriculture and Livestock (DPAE)-Mwaro and used 30 ha for the cultivation of maize and potato seed. He also received 20 ha of land on loan from DPAE-Karusi, where 15 ha were used for seed production purposes.

At times, Léonidas employs a workforce of up to 400 people to work on his large tracts of land. At his disposal he has a storage hangar capable of holding up to 60 metric tons, though it’s no longer capable of holding his total production, estimated at around 200 metric tons. His business has a sizable turnover, but before he didn’t know that he needed to make a calculation of the cost of production and determine whether the business was profitable. Without professionalism, his business suffered at the marketing level as well.

Léonidas benefitted from a study tour to Uganda with the ISSD project that included various demonstrations on determining cost of production, entrepreneurship, marketing, etc. The study tour enhanced the quality of his production business and allowed him to improve his working capacity.

Léonidas began calculating the cost of his production. He hired a secretary to keep records on all the production expenses.

“Before, there were costs I was aware of, but also significant expenditures that were not accounted for. Today, even when I’m more concerned with my field work, I know about every expense to the nearest franc,” he says.

The counsel he received on marketing and training inspired him to improve his business services throughout the area. “In order to position myself at the top of the seed market, I decided to buy a van for home delivery that can hold more than a ton. This allows me to be competitive in the market and quickly drain my surplus output. It’s all thanks to ISSD,” he said with pride.

To make his business even more competitive in the market, he plans to start labeling his product.  This will be a countermeasure against fraudulent dealers who sell non-certified seeds. At the beginning of the 2016 season, he held two small exhibitions to promote his brand of seed with the help of ISSD. He sold all the seed he had in stock at these events. They also provided an opportunity to establish business contacts and his network of potential customers.

“Without a doubt, the ISSD support system significantly improved my visibility,” he adds enthusiastically.

Mechanization, an Important Tool of the Trade

With these achievements, there is no doubt that Léonidas is among the premiere seed contractors in Burundi. But challenges in the market still abound, and the search for solutions is still underway. Working large tracts of land requires a substantial workforce during certain stages of potato cultivation. Women comprise 70 percent of the workforce, which includes young and old alike. Gender integration is now a reality.

But given the amount of land needed for cultivation, certain aspects of the work take up to two or three weeks at a time, despite the large number of workers. This can negatively affect the smooth operation of a seed production enterprise. At the very least, a partial mechanization of the production process is necessary in order to strive for efficiency. Léonidas understands this and has expressed the need for this kind of support. Thanks to the project’s “co-financing of innovations” component, ISSD has partially financed the purchase of a tractor.

“I am very happy with the support I received, and I hope that this investment will not only allow me to save time and work more efficiently, but also help me transport manure in the fields. It was a difficult challenge to meet because the trucks were struggling to get near the fields under the heavy weight.”

Support for the Real Seed Entrepreneurs

Léonidas hopes that the ISSD project continues to support seed contractors in the area, taking care to identify real contractors who aspire to be professionals at the top of the market. “It is not uncommon to see people say that they work in the sector, while in reality it just isn’t true,” he lamented.