Tricks of the Trade: Collaboration Pays off in Ifangni 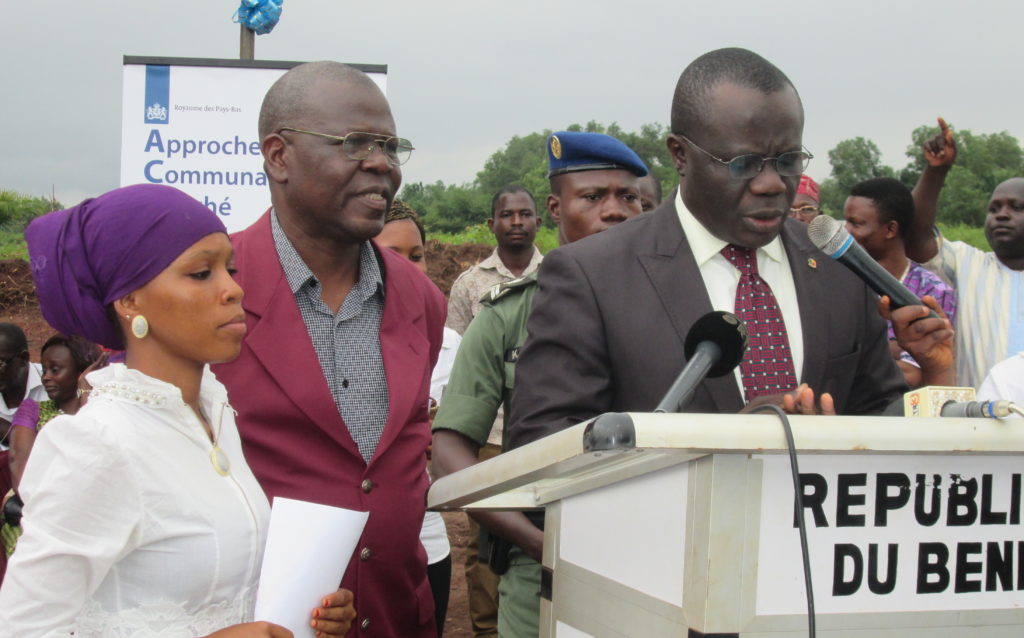 Since 2013, staff with the Communal Approach to the Agricultural Market in Benin (ACMA) project have worked with regional actors, including the Dutch Embassy, local policy-makers and tens of thousands of producers, traders and smallholder farmers, to facilitate trade with major corporations based in Nigeria along Benin’s western border. The project encouraged the farmers and traders to organize into agribusiness clusters in the hopes that this multi-stakeholder cooperation model would increase producers’ leverage in negotiating trade deals with the companies across the border, allowing them to seize a golden opportunity to bring capital back into their home country. 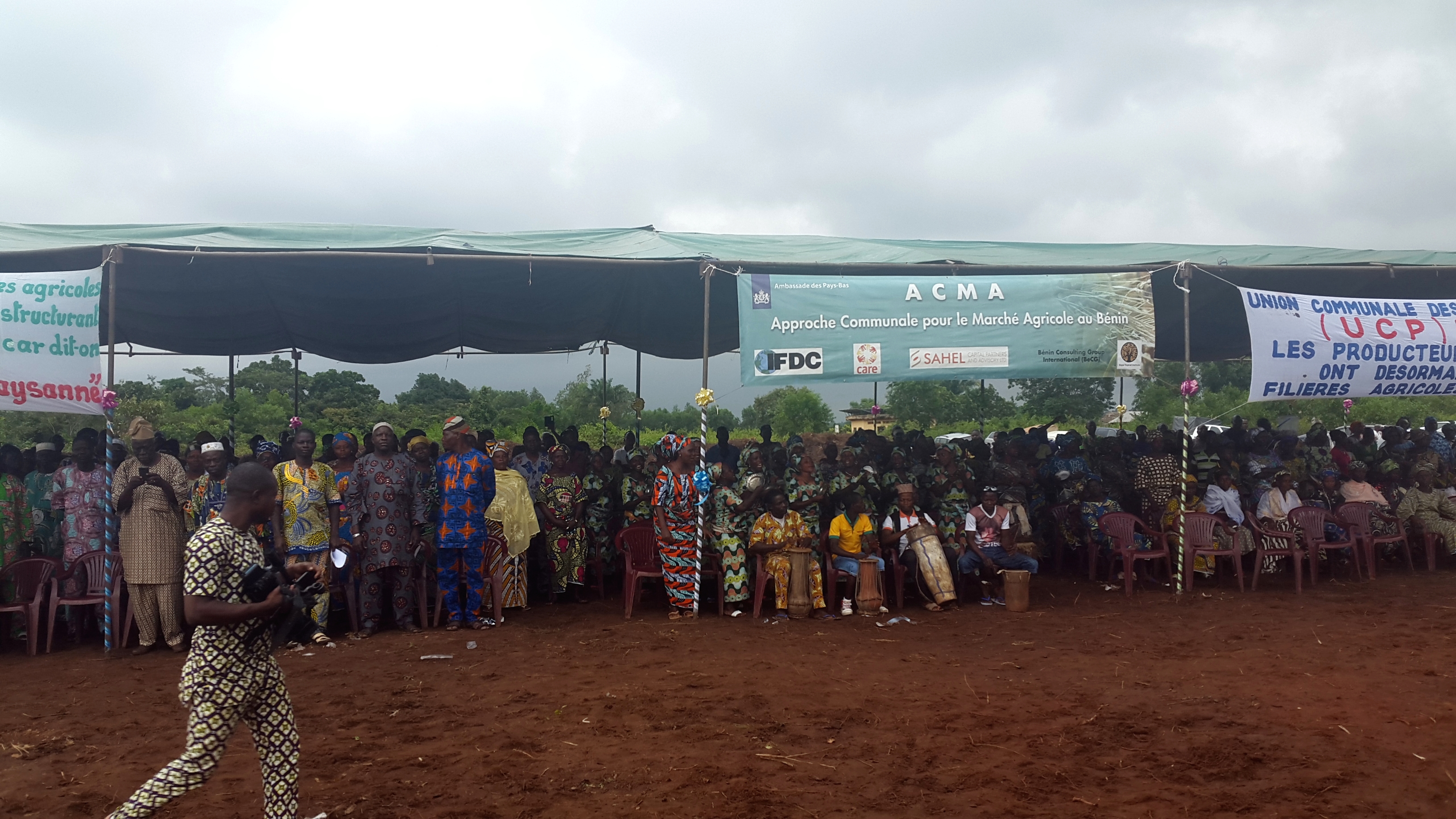 So far the plan has worked well. In October 2014, in the town of Ifangni, an inter-communal consultative framework on cross-border trade between Benin and Nigeria was signed that included mayors of 7 municipalities at the Nigerian border. This framework, set by the ACMA project, involved the producers, processors and traders organizing into agribusiness clusters and meeting with local elected officials to discuss improving the business environment, promote the competitiveness of products on the target market of Nigeria and together present and validate infrastructure projects to be funded by ACMA, under communal management. 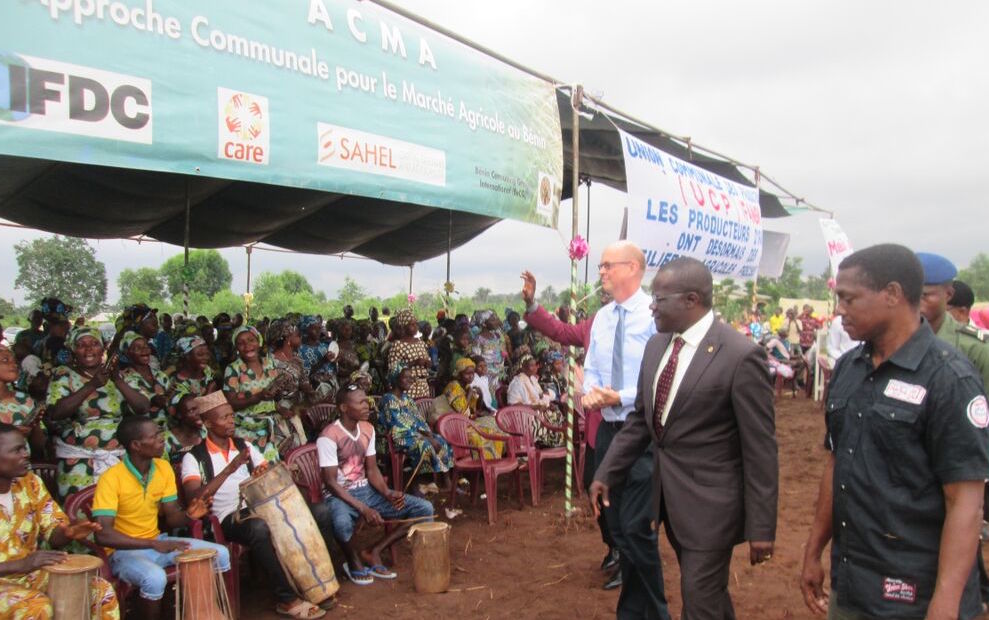 This crucial step led to the construction of a warehouse with a capacity of 1,000 tons, the first of its kind in Ifangni. The ACMA project co-funded 95 percent of the cost of construction, which was valued at $250,000, with the other five percent coming from Ifangni’s town budget. On October 27, 2015, one year after the original contract was signed, a ceremony was held in collaboration with the mayor and the maize producers organization of Ifangni to commemorate the groundbreaking of the warehouse’s construction. The Ambassador of the Netherlands in Benin, Harry van Dijk, laid the first stone with the help of the Préfet of Ouémé, Moukaram Badarou. It was a celebratory gesture, one that symbolized the close collaboration that led to this development in the town’s economy and history. The ceremony was also marked by the attendance of the King of Ifangni, several mayors from the seven other towns represented in the original inter-communal framework, and a strong showing from the town’s general population, who expressed great enthusiasm for this new investment.

Speaking for himself and the beneficiaries, the President of the Ifangni Producers Cooperative (PCU) remarked that the investment was the fruit of a long collaboration with IFDC. He touched on the history of IFDC’s involvement in the town and municipality, which began in 1998 with the IFSM project, later pursued by the 2SCALE project’s development of the maize sector, and continued today with ACMA. 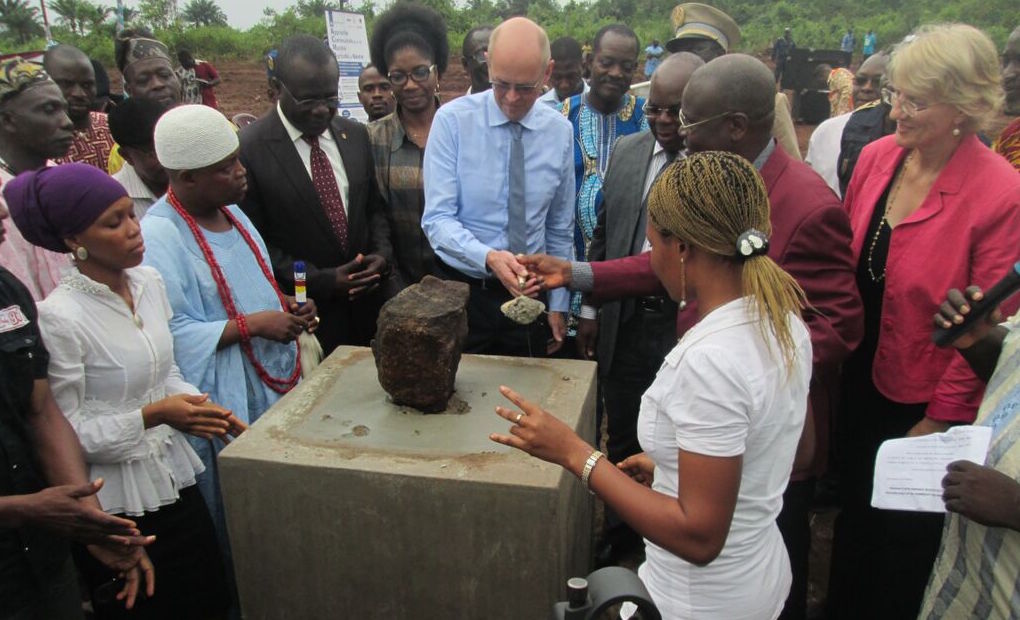 Van Dijk also spoke, acknowledging the profound advantages presented by the communal approach, and expressing his belief in the multi-stakeholder model to promote economic development. He also gave his blessings to the recipients of the warehouse, and asked that they continue to engage in the success of the program by working to increase cross-border trade.

ACMA has organized three other communal frameworks with local governments and their agri-business clusters, leading to the construction of three more major infrastructure projects in Adja-Ouèrè, Pobè and Kétou valued at $900,000.

With generous support from the Embassy of the Kingdom of the Netherlands in Benin, the ACMA project will continue increasing trade linkages for Beninese farmers through 2017.