ISSD: A Demonstration in Quality Seeds 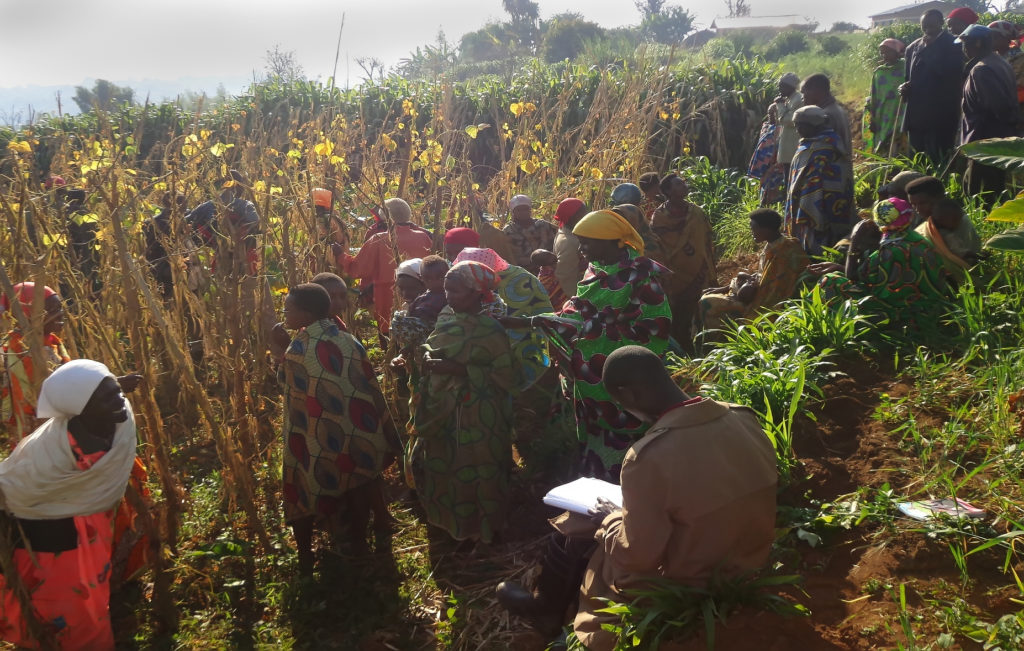 The Integrated Seed Sector Development project (ISSD) in Burundi, funded through the Embassy of the Kingdom of the Netherlands, strives to ensure smallholder access to quality seeds. Through the project’s promotion of rural economic development and improvement of food security, ISSD plans to strengthen seed enterprises in East and Southern Africa through 2018.

While ISSD works to achieve its goal in many ways, the project focused on the use of demonstration plots in 2016. Paired with local non-governmental organizations Twitezimbere and the Confederation of Associations for the Development of Agricultural Producers (CAPAD), ISSD worked with seven communes in the provinces of Bujumbura, Bururi, Mwaro, and Ngozi to plant Irish potatoes, maize, and rice, but primarily beans.

To better observe the quality of seeds, the team set up two demonstration fields. Each field contained two 2.5-acre plots. The first plot, the control, was planted with local bean seeds, while the second used seeds of the same variety with one difference: a higher quality.

The field days attracted 4,350 people, with women accounting for 3,494 members of the group—approximately 80.3 percent. This overwhelming majority of women in agricultural production is the norm in Burundi, as women often support their households through agricultural work. These women saw firsthand the success of the demonstration plots. For example, in the Matana commune of Burundi, the demonstration plots with the higher quality seeds on average yielded 1,057 kilograms/hectare (kg/ha), while the control plots yielded 946 kg/ha. Despite the success in Matana, some fields were stricken by disease, severely impacting the yield in those areas.

Even with the success of demonstration plots, the ISSD project still has a long way to go before making access to quality seeds a reality for most Burundians, though with the private sector at the frontline and support from the state, this uphill battle has an end in sight.