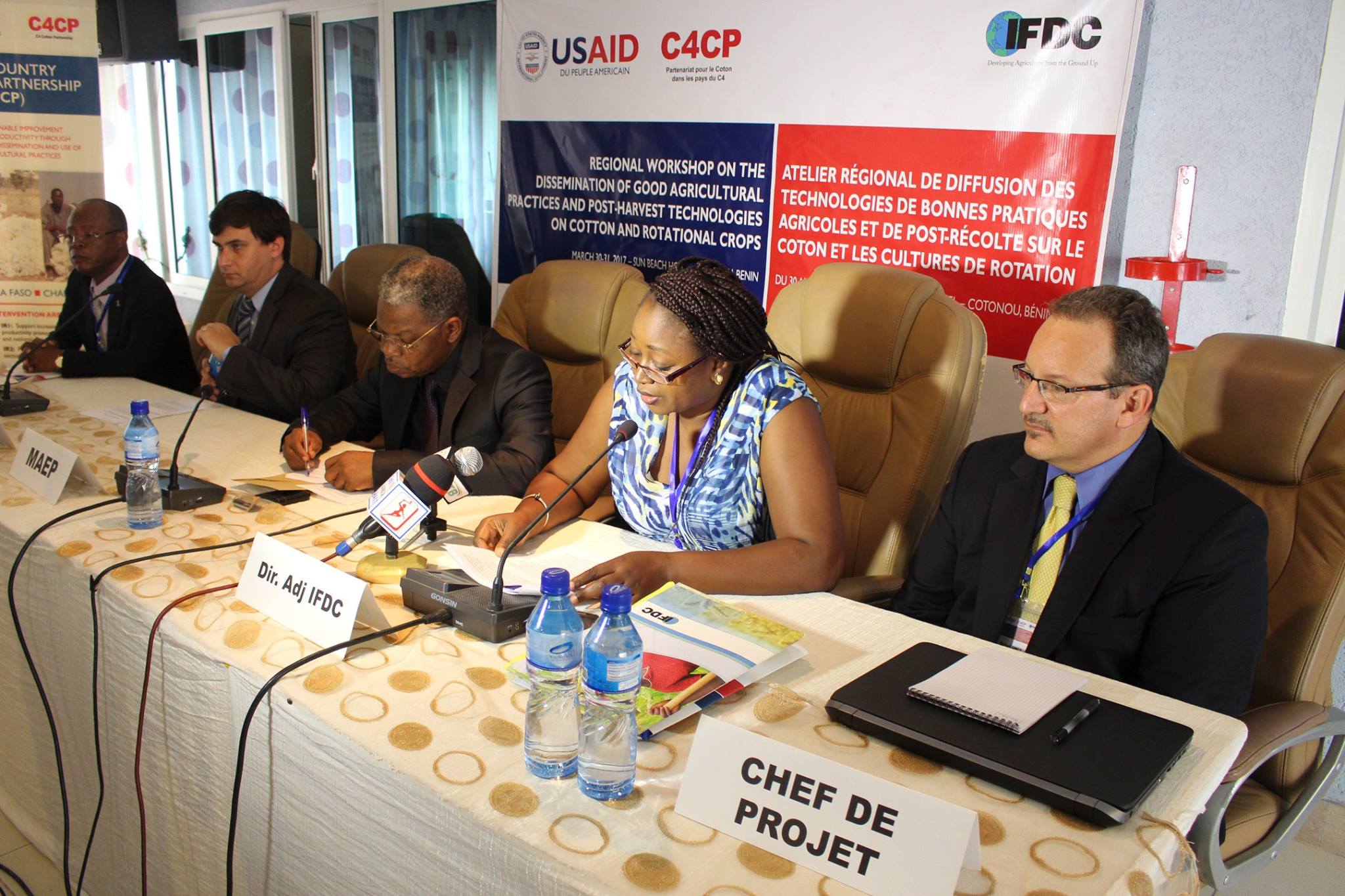 March 30, 2017 – Cotonou, Benin – In collaboration with the International Centre for development oriented Research in Agriculture (ICRA) and Cultural Practice LLC, the Four-Country Cotton Partnership (USAID C4CP) project, funded by the United States Agency for International Development (USAID) and implemented by the International Fertilizer Development Center (IFDC), is organizing a regional workshop on Dissemination of Good Agricultural Practices (GAPs) and Post-Harvest Technologies and Advocacy Tools during March 30-31, 2017, at Sun Beach Hotel in Cotonou, Benin.

The overall objective of the workshop is to share with regional partners the tools co-produced with USAID C4CP implementation partners. This sharing will be accompanied by discussions on the strategy, which will serve as a guideline for technology dissemination, the roles and responsibilities of key actors and the structure, innovation and use of training modules.

Specifically, the workshop seeks to:

IFDC is a public international organization addressing critical issues, such as international food security, the alleviation of global hunger and poverty, environmental protection and the promotion of economic development and self-sufficiency through the use of agricultural technologies, including fertilizers and other inputs.

Four-Country Cotton Partnership (USAID C4CP) is a four-year (2014-2018) project funded by the United States Agency for International Development (USAID) for $14.8 million and implemented by the International Fertilizer Development Center (IFDC). The project aims to improve food security in targeted areas of the C-4 countries (Benin, Burkina Faso, Chad and Mali). The strategic objective of the project is to increase the incomes of male and female producers as well as cotton processors in targeted areas. USAID C4CP focuses on cotton and rotational crops, mainly cereals and legumes.