Dual Cropping and Dual Income a Lifeline in Northern Ghana 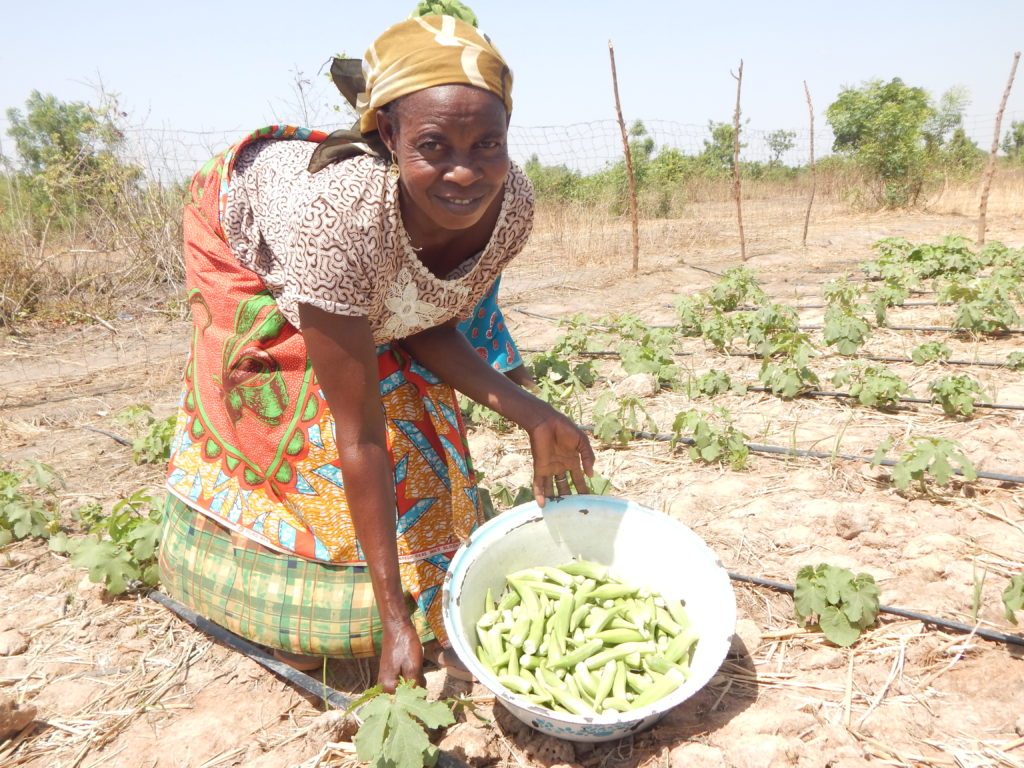 Traditionally, farming activities in northern Ghana end after harvesting between October and December, so many farmers become idle until late April when preparations for the next farming season starts.

However, the story of Zhiong and seven other communities in the Northern Region is different due to the installation of new PAVE Irrigation Technology that absorbs flood water during the rainy season and stores it underground. The technology is supplying water to some 320 farmers, of which most are women, in the community to cultivate vegetables.

The technology, which is one of the initiatives of the Feed the Future Ghana Agriculture Technology Transfer Project, is helping farmers to break the poverty cycle according to analysis  of maize, rice and soybean grown on 1 hectare under best practices.

Zhiong community farmers are making a big business out of the vegetable farm as well as feeding their households with the vegetable produce.

“Just like with other women, there is no farm work during this dry season, so I mostly stayed home and cooked. Currently the [PAVE Irrigation Technology] is giving us water to farm bra [Hibiscus sabdariffa] and okro. I wake up every morning to go to the farm to either weed or harvest vegetables to sell,” explained Madam Fusena Iddrisu, one of the 40 farmers in the Zhiong community.

She revealed that since they started harvesting, the vegetable farmers have yielded about U.S. $164 from their sales. According to her, the farmer group has agreed to save the money in an account to buy fuel for the generator sets and for the maintenance of the irrigation technology. With a bright smile, Fusena expressed the optimism that, “I believe by the end of the season we can make more money because we harvest the vegetables almost every two days.”

Considering the sale so far, it is estimated that some 51 households – about 355 individuals – in the community have been fed with the okro and bra just in the first months of the operations of the PAVE Irrigation System.

Another challenge the technology is addressing is to help farmers in northern Ghana to adapt to changes in weather patterns that can leave their fields flooded in the rainy season, and without water or irrigation to sustain a crop in the dry season. The project is working with Conservation Alliance to ensure that farmers can conquer these hurdles and take advantage of an additional farming season.