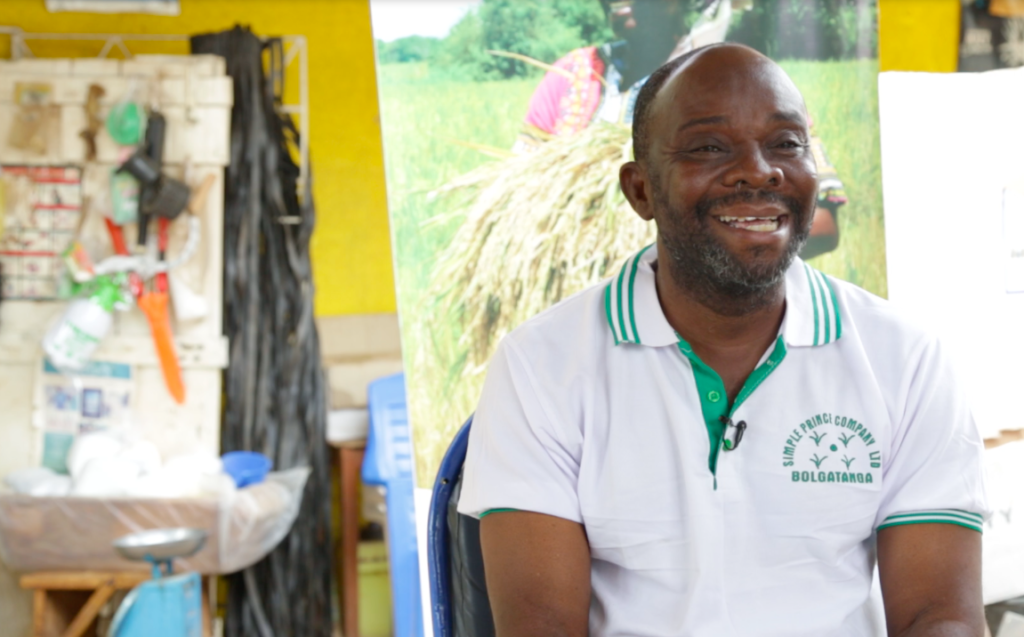 Until 2014, when urea deep placement (UDP) technology was introduced to farmers at the Tono irrigation scheme in the Upper East Region of Ghana, 59-year-old Prince Yao Koreh, owner of Simple Prince Agro-input Company, had no idea about the technology, but now he is cashing in on the sale of urea briquettes.

The success of the UDP demonstration plots created demand for the UDP briquettes, which began the collaboration between the International Fertilizer Development Center (IFDC)-implemented Feed the Future Ghana Agriculture Technology Transfer Project (ATT), Simple Prince, and Koreh’s distributors to produce and market urea supergranules (USG) to farmers in the Tono and Vea irrigation schemes.

After a series of trainings in Ghana and outside the country, Koreh became more knowledgeable about the nature and the benefits of the technology. He was the only input-dealer in the whole region using a urea briquetting machine bought by ATT to produce briquettes for rice farmers.

Koreh attributes much of his business’s growth to a successful marketing campaign and a delivery system.

“To facilitate the upscaling of the technology and the use of the urea briquettes, in the subsequent years I created new sales points at the various irrigation facilities and also started a massive radio and on-farm campaign to advertise the fertilizer.

“However, the situation in the subsequent season improved, and as a result I produced and marketed a total of 10.6 metric tons of urea briquettes to rice farmers in the ICOUR-Tono and Vea irrigation schemes. Only this season ATT Project has bought two seed vans for me which am using to sell certified seeds and other agro-inputs in the hard to reach communities,” noted Koreh.

With a broad smile, he concludes that the support has not only helped him to grow his business, but he has gained recognition. As a result, the regional office of the Ghana Ministry of Food and Agriculture has made him a resource person on agro-inputs.