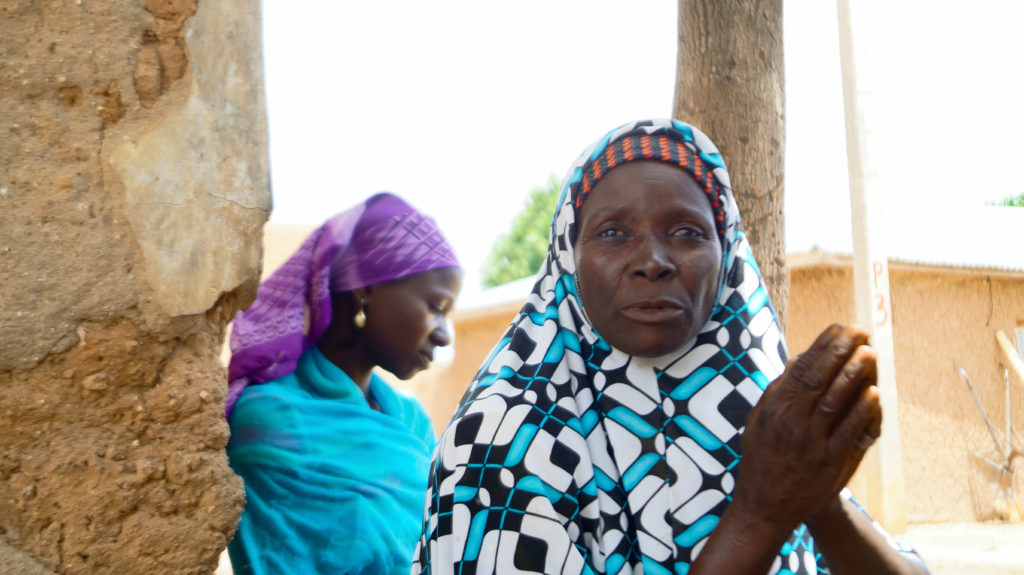 Rama and Bintu are farmers living in northern Nigeria, where sorghum and pearl millet are popular staple crop ingredients. In this part of the country, as in the Sudano-Sahelian and Sahelian zones of West Africa, millions of households depend on these crops for food security, particularly in regions where average total annual rainfall is less than 800 millimeters.

Due to various factors (such as limited access to high-yielding seed varieties, poor knowledge of best agronomic practices, and weak linkages with remunerative markets and actors across the value chain), the productivity of farmers such as Rama and Bintu used to be extremely low. In fact, many of the households located in marginal agro-ecological environments experienced a food shortage annually.

In northern Nigeria, Nestlé sources about 7,000 tons of sorghum from farmers every year. This sourcing is used as a substitute malt ingredient to tailor the company’s products, such as Milo, to match the preferred tastes of local consumers. Nestlé also uses millet sourced from Nigerian farmers in its family cereals, such as Golden Morn. Nestlé’s market represents a huge opportunity for farmers to sell their surplus production and earn decent revenues, but it is also the most challenging in terms of quality.

In 2015, therefore, Nestlé and IFDC signed a partnership agreement to implement a two-year project supporting smallholder farmers in the Sudano-Sahelian and Sahelian areas of the country. The Sorghum and Millet in the Sahel (SMS) project partnership is improving the quality and yields of millet and sorghum and developing farming as a business. Nestlé’s approach to improving livelihoods within the communities in which it operates, called “Creating Shared Value,” builds on its Rural Development Framework and Responsible Sourcing Guidelines and is well-aligned with IFDC’s inclusive business focus.

Following the common vision and ambition of building a sustainable network of empowered farmers, Nestlé and IFDC co-designed an inclusive value chain development plan in terms of quality and consistent volume.

At the start of the SMS project, IFDC facilitated a Diagnostic and Design workshop, which helped to map out the sorghum value chain driven by Nestlé, identifying key actors such as farmers, input dealers, aggregators, financial actors, and other institutional value chain stakeholders. An awareness and mobilization campaign was then carried out in the three sorghum clusters (Funtua, Kuki, and Soba) in May 2016.

Rama, Bintu, and about 798 farmers in these clusters, including 275 women, participated in an intensive pre-season good agronomic practices program for sorghum. The trainings were stepped down to another 7,098 farmers and were supported by the establishment of nine sorghum learning plots. The capacity building program focused on good agronomic practices in pre-season and in-season farming activities, such as site selection, seed selection, planting method, fertilizer application, and plot maintenance. Rama and Bintu were also introduced to improved post-harvest handling and storage. They were among 225 smallholder farmers who received improved seeds and fertilizer on credit.

‘’I used to harvest barely four bags [400 kilograms] from half a hectare of land, as were most of the farmers who produce sorghum or millet in this region. This year, for the very first time, we were given fertilizer on credit, and we learned some best practices we did not know before. This season, I harvested 12 bags,” said Bintu proudly.

Besides agronomics trainings, the SMS project also focused on two specific areas: coaching in group dynamics and leadership skills across the three clusters. According to Bature Abdullahi, farmer and coach trained by SMS, the newly learned skills have been invaluable:

“Alongside the seed and other input facilitation, one of the most important achievements that we cherish since the SMS project started is to treat agriculture like a business. We now can negotiate various arrangements or contracts for bulk sales of sorghum to aggregators, and we know how to organize ourselves to mobilize internal money, as a cooperative, before we address a request to a bank. The skills we gained have improved the cluster coordination and created trust among us. As a result, we are also improving the mechanisms of quality control, and we managed to also reduce the costs of our marketing operation. In addition, we are prepared to create new linkages for alternative markets.”

In 2016, the volumes produced in each cluster were 2,850 tons, 2,500 tons, and 2,300 tons in Kuki, Funtua, and Soba, respectively. About 70 percent of this was available as surplus for sale, and the rest was consumed at the household level.

Furthermore, farmers at the Kuki cluster participated in a sorghum storage experiment with the use of Purdue Improved Crop Storage (PICS) bags versus farmer-woven bags. PICS bags are specially designed for the storage of dried products to reduce post-harvest storage losses. The experiment was set up in July 2016, and the bags were opened for observation in November 2016.

The experience revealed an estimated 60 percent loss in market value of grains stored in farmers’ traditional bags due to the damage caused by pests and mold infestation, while no losses were recorded in grains stored in PICS bags.This collaboration between Nestlé and IFDC in northern Nigeria is demonstrating that equipping farmer groups and supplier partners with the tools and capabilities to produce high-quality product for pre-agreed markets is a key path for future food security and more sustainable income for smallholder farmers.