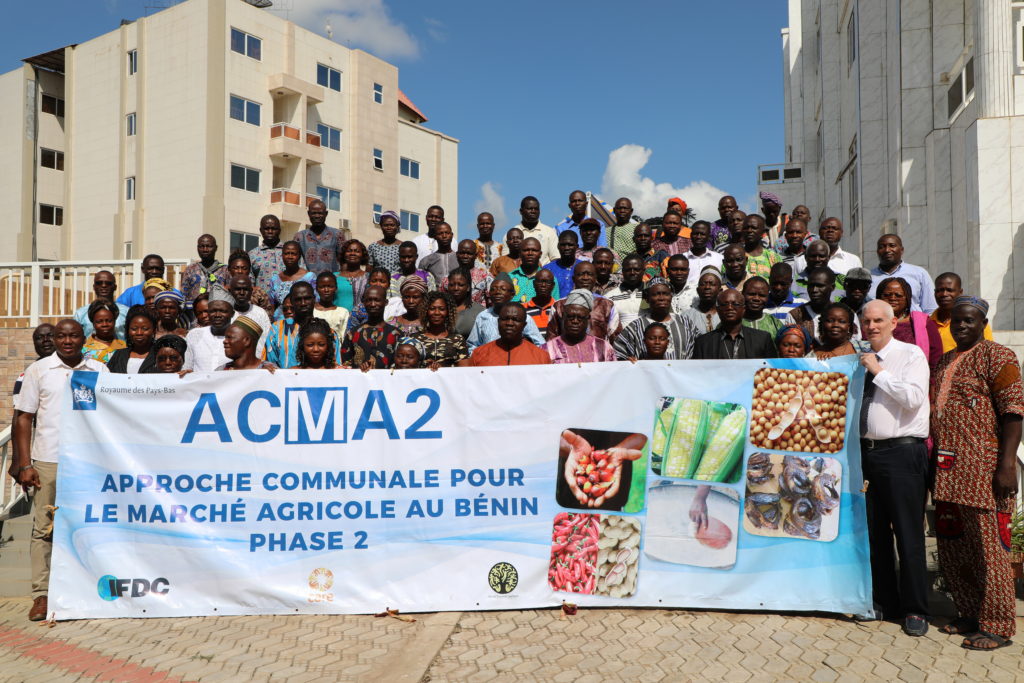 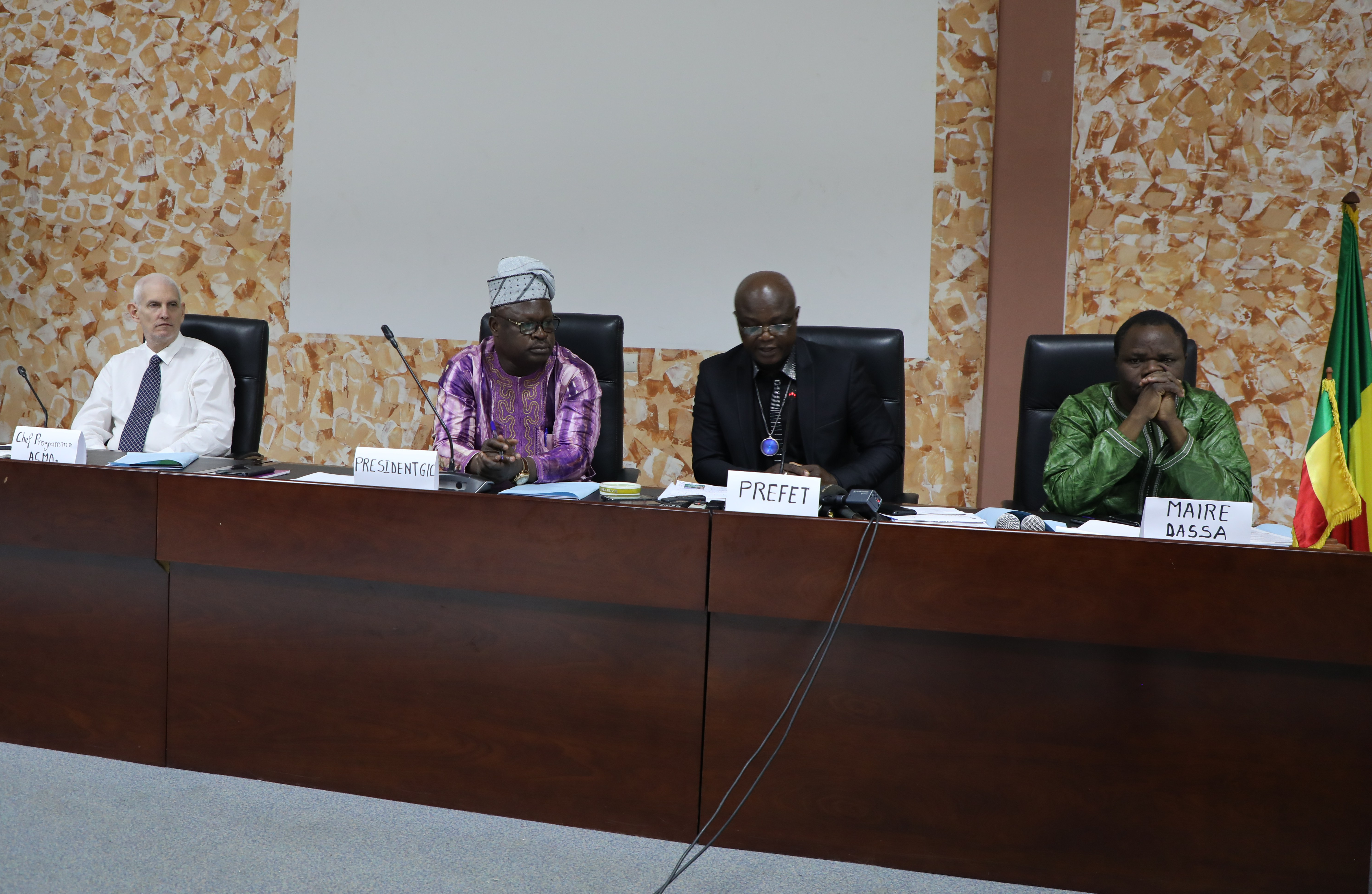 Wednesday, September 12, 2018 – The Communal Approach to Agricultural Market Access in Benin Program – Phase 2 (ACMA2) and the Intercommunal Group of the Collines (GIC) organized in Dassa, Benin, the Constitutive General Assembly of the Intercommunal Coordination Framework (CCIC) of the department of Collines. The GIC Thematic Committee will serve as CCIC Collines. The ACMA2 program, in its implementation strategy, focuses on intercommunal consultation frameworks (CCIC). Composed of public actors (mayors and municipal technical managers) and private sector actors (representatives of agricultural business clusters) and operating according to the principle of public-private partnership, the CCICs are frameworks for exchanges, reflection, dialogue and proposals for improving the business climate. During the first phase of the ACMA program, two CCICs were established, notably in the departments of Ouémé and Plateau (CCIC Ouémé-Plateau) and Zou (CCIC-Zou). During the second phase, the ACMA2 program is expanding actions in the Collines department to cover six new communes. To this end, the establishment and animation of a framework of intercommunal consultation in the department of Collines is planned. The exchanges with the actors resulted in making the CCIC Collines a Thematic Commission of the GIC. On the basis of the institutional option chosen for the establishment of CCIC Collines, the Constitutive General Assembly of CCIC Collines aims at officially setting up the thematic commission in charge of cross-border trade issues.

The Constitutive General Assembly brought together: the mayors of the six communes of the department of the Collines; the ACMA2 focal points of the six communes; The Executive Director of the GIC and his team; the representatives of the Pôle d’Entreprise Agricole (PEA); deconcentrated services of the State, PADAC and decentralized financing structures (UNACREP, ALIDé and FECECAM).

“Thank you to the Embassy of the Netherlands for funding the ACMA2 Program in Benin. We will support the actions of the ACMA2 program aiming at the local economic development of the Collines” said the Mayor of Dassa whose city hosted the meeting.

“The General Assembly Meeting of CCIC Collines is a good lesson as far as public-private partnership is concerned,” commented Bill Noble, ACMA2 Chief of Party. After a brief presentation of ACMA2 areas of intervention, he encouraged private sector stakeholders to continue to produce quality products to facilitate market access.

The President of the GIC, DAGOUE Jacques, Mayor of Glazoué, announced, “With the support of the ACMA2 program, demand will exceed supply; we must redouble our efforts and control production.”

Launching the work, Jean de Vigny Houefonde, the representative of Préfet des Collines, reiterated the commitment of the central authority to support the actions of the ACMA2 program in the Collines department, actions that he believes will contribute to the economic development of the department.The validation of the operating charter of the CT/CCIC, the signing of the membership agreement by the mayors of the various municipalities, and the establishment and presentation of the technical secretariat are among other activities that have marked this General Assembly.

ACMA 2 is a 4-year project funded by the Embassy of the Kingdom of the Netherlands in Benin. It aims to improve the food and nutritional security of rural populations in 28 municipalities in the departments of Ouémé, Plateau du Zou and Collines. The program’s approach is to consolidate the achievements of phase I and facilitate the access of economic actors (producers, processors, traders, etc.) from agricultural business clusters (ABCs) to local and subregional markets (particularly Nigerian). This is through targeted actions on product value chains (access to inputs and innovations, access to financing, and marketing and professionalization) and multi-stakeholder dynamics taking into account the resources and potentialities available within the Communes. The program is implemented by a consortium led by IFDC. This consortium is composed of IFDC, CARE International Benin/Togo and the Royal Netherlands Institute for the Tropics (KIT).

IFDC is an international organization dealing with critical issues such as international food security, the fight against hunger and poverty in the world, the protection of the environment and promoting economic development and food self-sufficiency through the use of agricultural technologies including fertilizers and other inputs.