Better Seeds for a Billion Lives 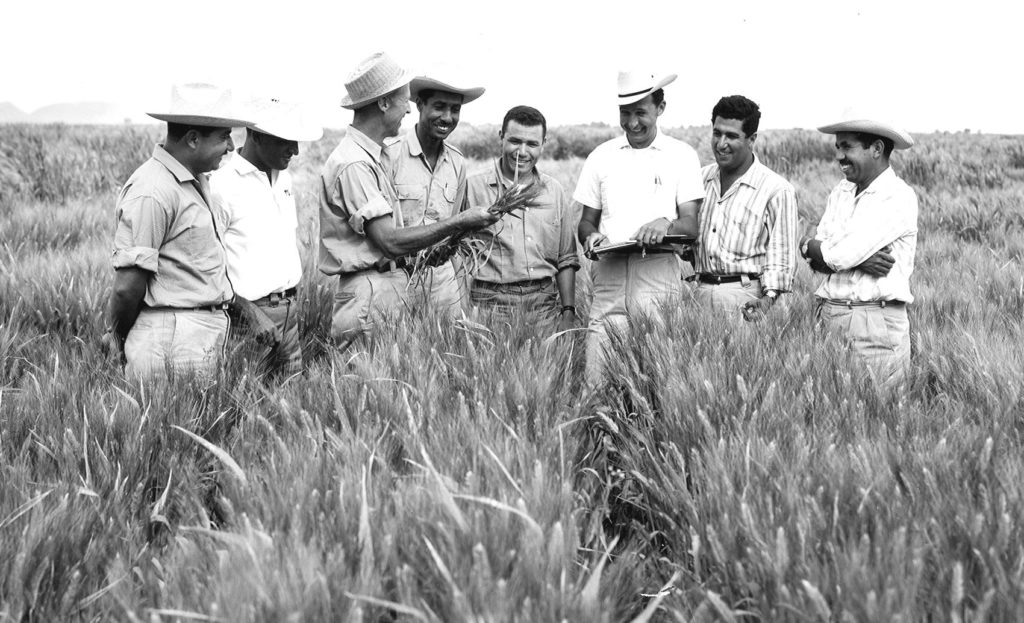 The year is 1945. In Mexico, stem rust has ravaged wheat harvests. The farmers are unsettled that a U.S. scientist is performing research on the very same crop that nearly destroyed their livelihoods.

But he persists, winning their commitment and developing high-yielding, stem-rust-resistant breeds of wheat. By 1963 these seeds effectively eliminated stem rust and increased Mexico’s wheat harvest six-fold. The once-struggling Mexican agriculture sector had grown fully self-sufficient in wheat production, leading the country to become a net exporter of wheat.

Dr. Norman Borlaug’s success in Mexico inaugurated a wave of increased agricultural productivity that spread from Latin America to South Asia. High-yielding wheat strains served as the catalyst for what became known as the Green Revolution. And Dr. Borlaug became “The Man Who Saved a Billion Lives.” He received the Nobel Peace Prize, the Presidential Medal of Freedom and the Congressional Gold Medal (the highest civilian honors given by the U.S. President and Congress), and the Padma Vibhushan (the second-highest civilian honor given in India).

Many have developed theories and practices that shape the way we think about the world, but Dr. Borlaug is likely the only person credited with saving the lives of at least 1 billion people.

Agronomists and other agriculturally minded scientists are still gleaning from Borlaug’s work and using it to feed our growing population. His life and achievements teach us that hard work, a full mind and – most of all – a relentless and kind spirit can better the world for generations to come.

On Dr. Borlaug’s birthday, let us resolve to not simply remember his work but honor it by continuing to reach for his dream with the same belief that “Food is the moral right of all who are born into this world.”