Climate-Smart Practices to Build Hope and Resilience after Cyclone Idai 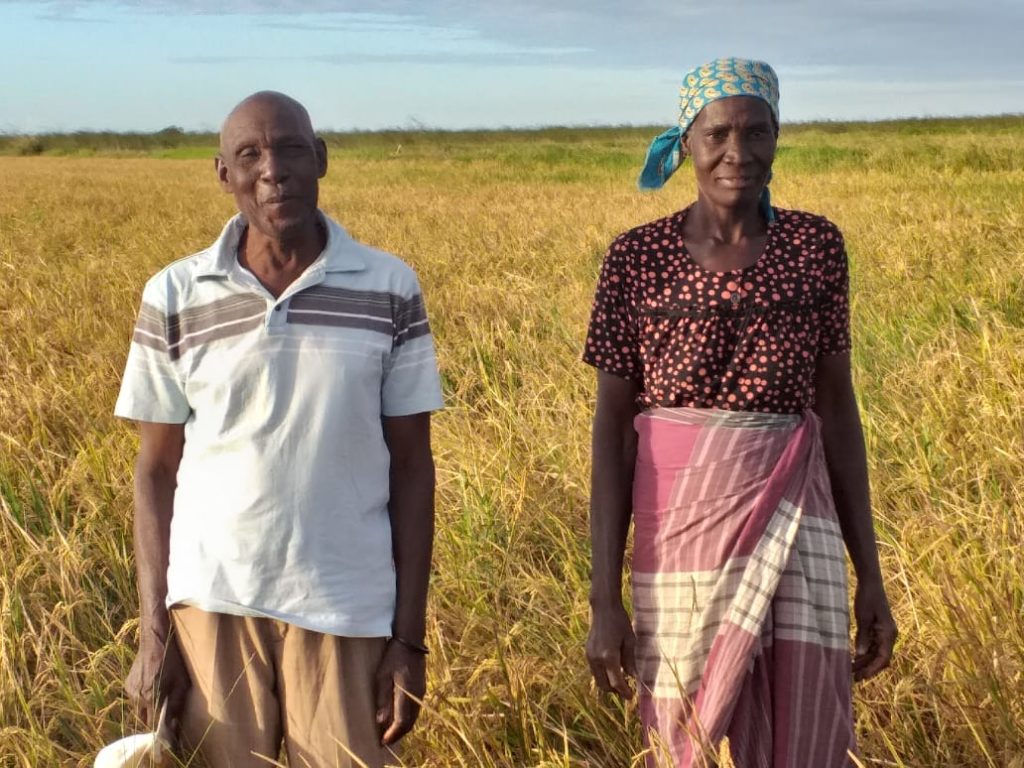 Many small-scale farmers who had begun working with IFDC through the Food security through climate Adaptation and Resilience (FAR) programme are glad they did not experience a total loss of their crops. IFDC had introduced them to climate-smart agricultural practices that encompassed the use of improved farming inputs, such as seeds and fertilizers. The application of these climate-smart practices was aimed at enhancing smallholder resilience to extremely unpredictable weather and improving productivity within the rice and vegetable value chains.

Buzi was one of the hardest hit districts with intense and complete flooding to farmers’ crop fields. Rice fields remained flooded for more than a week. Despite facing the devastation brought by the cyclone, the farmers who implemented the climate-smart practices are finding a reason to smile. They are hopeful because they did not face total losses. They planted several improved rice varieties which were highly adaptive and resilient to the harsh climate. They also applied the right amounts of fertilizer as recommended by the programme; boosting the root development which gave their crops proper anchorage amidst the floods. 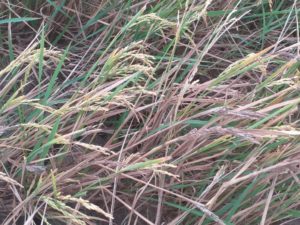 These rice varieties are considered resilient because of their tillering capacity. This simply refers to the plants’ ability to produce grain-bearing shoots from the main stem. In field tests, these varieties have in the past produced more than 15 tillers. When the cyclone hit, only the main tiller of the rice plants which had initiated the panicle formation died as a result of the floods. One month later, the rice plants began recovering from the water effects. When the water table lowered, the plants’ tillers began re-growing.

Castigo and Helena are smallholder beneficiaries of the program. They applied the recommended climate-smart practices and after the floods, were able to harvest some seeds from their plants which they plan to use in the next planting season.

‘The variety has many sons (tillers) and next year, I plan to increase my planting area to at least 1.5 hectares,’ Castigo said with a lot of optimism.

‘I want to thank IFDC and the FAR Programme,’ Helena added, ‘for bringing this rice variety to us. We recovered despite the excessive floods and I have managed to get some seed to plant next year and grain to eat for a few months.’

With assistance from the FAR programme and implementation by IFDC, farmers in Buzi District will continue to build resilience by implementing agricultural strategies that help them mitigate, adapt to, and recover from climate stressors.

IFDC is one of the seven Implementing Organisations which have been contracted by Swisscontact, the Managing Organization, to implement the FAR Programme. FAR is a 5-year Swedish Embassy-funded programme that is currently implemented in Manica and Sofala Provinces of Mozambique.

A version of this story appeared on Swisscontact’s website.