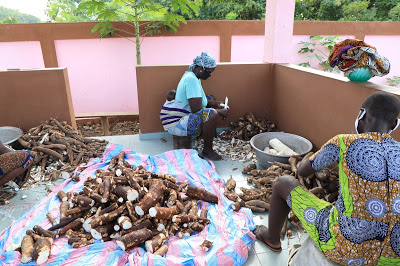 Women peeling cassava in the gari processing unit of Gankpétin

On October 8-9, 2020, the second session of the Monitoring Committee for the Communal Approach to the Agricultural Market in Benin – Phase 2 (ACMA2) program was held in the city of Bohicon in Zou Department. In order to ensure proper management of the program, two committees were created: (i) the steering committee, which is restricted to the members of the implementation consortium (IFDC, CARE Benin/Togo, and KIT) and the Embassy of the Kingdom of the Netherlands in Benin; and (ii) the Monitoring Committee (MC), which is extended to the main local and national partners. The members of the newest MC were announced during a presentation of the 2020 program results and a field visit to some of the intervention sites in the Collines and Zou departments. The members of the ACMA2 MC made recommendations that will be considered during the development of the program’s 2021 work plan, which is scheduled for October 2020.

More than 10,000 metric tons of agricultural products were marketed by agricultural economic actors under the facilitation of the program, for a turnover of about U.S. $4,286,421.

The presentation of the 2020 results to the MC revealed that, during 2020, the ACMA2 program organized nearly 1,600 activities from January to August, involving more than 36,000 agricultural economic actors, 15% of whom were new. More than 10,000 metric tons (mt) of agricultural products (maize, gari, palm oil, soybean, pepper, fish, legumes, cassava, and their derivatives) were marketed by agricultural economic actors with the program’s facilitation, for a turnover of more than 2.4 billion FCFA (about U.S. $4,286,421); maize and gari were the highest selling. The Information and Communication Technologies for Agriculture (ICT4Ag) component, the program’s major innovator, has developed six solutions that are already functional: Market Information System (SIM), Technological Information and Training System (SIFT), Stakeholder Management Platform, Post-Credit Monitoring Platform, and Beneficiary Feedback Management Platform. The program provides climatic data to producers as a decision-making tool to support them in the management of climate change risks through a partnership with Ignitia, the company that developed the world’s first forecasting model. For the field visit, the MC delegation was successively led by the ACMA2 Program Manager and his team to Itagui, Gankpétin, and Kasséhlo.

In Itagui, in the Commune of Dassa, the group visited a site developed for the irrigated production of chili pepper. The site is currently operated by 290 actors, consisting of 206 women and 83 young people, who produce chili pepper in strict compliance with COVID-19 preventive measures. The Itagui site has a storage warehouse, office, and meeting room and extends over 19 hectares.

It is equipped with three boreholes and five water towers. The site also houses five educational demonstration fields and two experimental plots to facilitate learning with chili producers. The actors on this site are trained in good chili pepper production practices, and their replication of promoted options is monitored until harvest and sale.

In Gankpétin, in the Commune of Dassa-Zoumè, Collines Department, the team visited a facility that processes cassava into gari and other derivatives. This facility is located on a 2,500-m² fully fenced area and consists of a roasting room with five fireplaces, a wet room for washing, grating, and pressing cassava, and a room for storing the processed products, such as gari and tapioca. Four cassava processing groups currently operate this center. From March 19 to April 16, 2020, and from August 18 to September 5, 2020, several cooperatives were able to conduct processing activities for a quantity of 6.05 mt of gari and 0.656 mt of tapioca, for a total value of 2,309,670 FCFA (about U.S. $4,125.09).

After Gankpétin, the MC went to Kasséhlo to visit one of the 70 educational demonstration fields (CPD) installed by the ACMA2 program to teach good agricultural practices for production intensification in Ouémé, Plateau, Zou, and Collines.

The Kasséhlo soy CPD in the Commune of Djidja was installed by ACMA2 program partner, National Union of Soybean Producers (UNPS) of Benin, as part of the facilitation process for scaling up agricultural innovations for the benefit of the soy agribusiness cluster (ABC) cooperative actors. The CPD belongs to Gandja Célestin and was installed in July 2020 to serve as a common learning tool for several groups of 25 producers. Once a week, each group visits the site to learn new practices with the support of a UNPS technician. In Kasséhlo, the MC members were able to appreciate the difference between the vibrant color and sturdiness of the plants in the CPD compared to those in the control field.

During the second day of the committee meeting, the MC members shared their appreciation for the sites visited and progress made. They also thanked the program for considering the recommendations of the previous MC. Afterward, they formulated their recommendations for the development of the program’s 2021 work plan.

About the ACMA2 Program: Funded by the Embassy of the Kingdom of the Netherlands in Benin, the ACMA2 Program is implemented by the International Fertilizer Development Center (IFDC) in consortium with CARE International Benin/Togo and the Royal Tropical Institute (KIT) of the Netherlands. It aims at improving food and nutritional security of rural populations in 28 communes in the departments of Ouémé, Plateau, Zou, and Collines. The role of the Monitoring Committee is to advise and support the Steering Committee in the supervision of the ACMA2 program, ensuring that the approach and interventions are in line with national and communal realities and market opportunities. 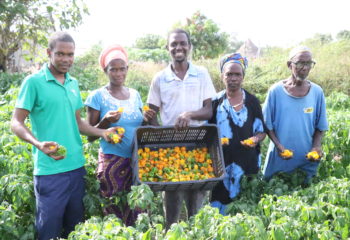 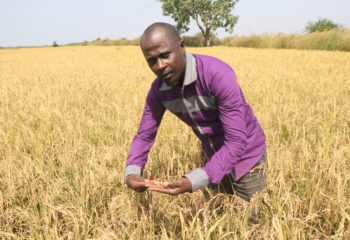 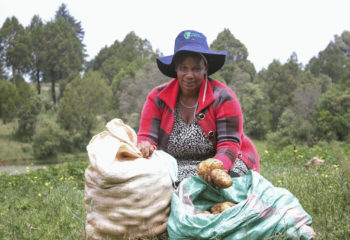