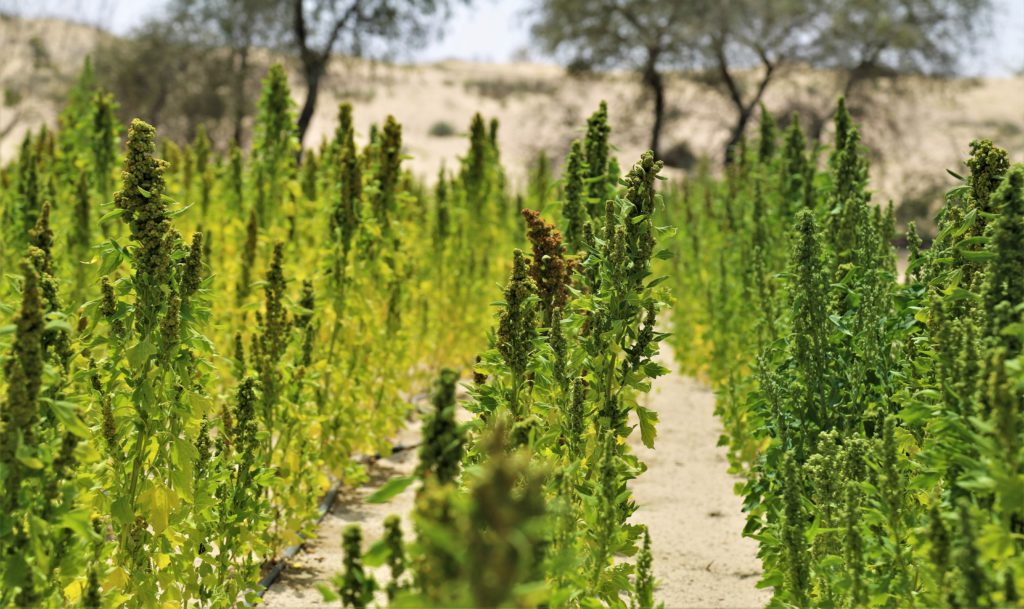 Indigenous peoples around the world – the guardians of traditional knowledge systems and underutilized, forgotten crops that may yet prove critical for global food security – are likely to be hit hardest by climate change, says a United Nations Food Systems Summit (UNFSS) 2021 brief co-authored by scientists representing the Association of International Research and Development Centers for Agriculture (AIRCA).

More worryingly, the invaluable knowledge they have passed on from generation to generation may be lost, along with the many indigenous plants they have been the stewards of for thousands of years, the scientists warn.

Inhabiting regions as diverse as arid and semi-arid plains, rainforests and mountains – collectively referred to as marginal environments – indigenous peoples have a wealth of traditional practices that should form an integral part of efforts to make the global food system more resilient to climate change and other threats.

However, these assets are currently at risk of being lost owing to a range of factors.

“Indigenous food systems and the knowledge associated with such systems are under threat today,” the authors contend.

“Nearly 10% of all domesticated breeds of animals for food and agriculture are already extinct and another one million plant and animal species now face extinction,” they warn.

While this agrobiodiversity is the bedrock of more resilient and sustainable food systems, it is often sidelined by major crops, which receive disproportionately more investment, research and development support and policy attention.

Of over 30,000 edible plants, fewer than 30 provide today most of the food consumed by 7.8 billion people.

But it is not just indigenous crops that face a risk of extinction. Indigenous languages – a source of millennia-old agricultural wisdom – are also threatened.

Of more than 7,000 languages, only six are spoken by half the world’s population. According to the document, nearly 40% are now classed as endangered and as few as 600 might still be spoken in 2100.

Mainstream crops do well on arable land, but they fare badly in marginal environments. But unfortunately, mainstream agricultural policies favor staple crops over their indigenous counterparts even in marginal areas.

As a result of strategies promoting monocropping and market-oriented production, indigenous food systems are being overtaken by major cash crops.

Yet the gap between the actual and potential yields of mainstream crops is widening and agricultural production continues to decline.

More troublingly, hunger and poverty in indigenous communities has been on the rise.

Evidence shows that targeted policy support and investment for indigenous food systems can turn around this situation by raising productivity, improving nutrition, and reducing carbon emissions.

Business as Usual Won’t Do

As fertile soils reach their capacity limit and yields of major crops level off or fall due to a host of causes, it is crucially important to make better use of marginal areas, which are usually characterized by constrained agricultural productivity and resource degradation.

The world is unlikely to meet the targets of Sustainable Development Goals, especially those related to hunger, poverty, and climate change, if indigenous populations numbering about 476 million – most of whom live in marginal areas – do not have access to safe, healthy and nutritious food and sustainable livelihoods.

Despite nutritious indigenous crops being the basis of local diets, resistant to biotic and abiotic stresses and better suited to marginal conditions, their cultivation and consumption has declined in different regions.

For example, the large-scale introduction of Green Revolution technologies in sub-Saharan Africa has exacerbated inequalities and food insecurity among rural communities, the authors note.

There is an urgent need for a different approach in marginal areas, one that treats indigenous peoples as agents of change and co-owners of innovations rather than passive recipients of external technologies.

To achieve food security and sustainable livelihoods in marginal areas, it is imperative to focus actions and investments on five priorities.

Second, it is necessary to mainstream the crops, foods and knowledge of indigenous people in marginal areas. Diverse value chains for underutilized crops should become part of the global food system.

Third, evidence-based policies should be adopted to address challenges facing indigenous communities. These policies must ensure their access to digital innovations, capacity development and financial instruments.

Fourth, there is a pressing need to raise awareness about the potential of underutilized crops and knowledge of indigenous peoples as custodians of agrobiodiversity. It is also necessary to develop holistic approaches to collective actions involving indigenous communities.

All this will help to transform indigenous food systems and ensure food security and sustainable livelihoods in marginal areas.

While scientists and policymakers may be tempted to search for answers to hunger and poverty in technological breakthroughs, indigenous peoples and their knowledge are likely to hold the key to many challenges.

As the world grapples with climate change and its impact, the lessons from the past may help to clear the uncertainty and illuminate the road ahead.

You can access the brief “Marginal Areas and Indigenous People – Priorities for Research and Action” at: https://sc-fss2021.org/wp-content/uploads/2021/04/FSS_Brief_Marginal_areas_indigenous_people.pdf.

In 2021, UN Secretary-General António Guterres will convene a Food Systems Summit as part of the Decade of Action to achieve the Sustainable Development Goals (SDGs) by 2030. The summit will launch bold new actions to deliver progress on all 17 SDGs, each of which relies to some degree on healthier, more sustainable and equitable food systems.