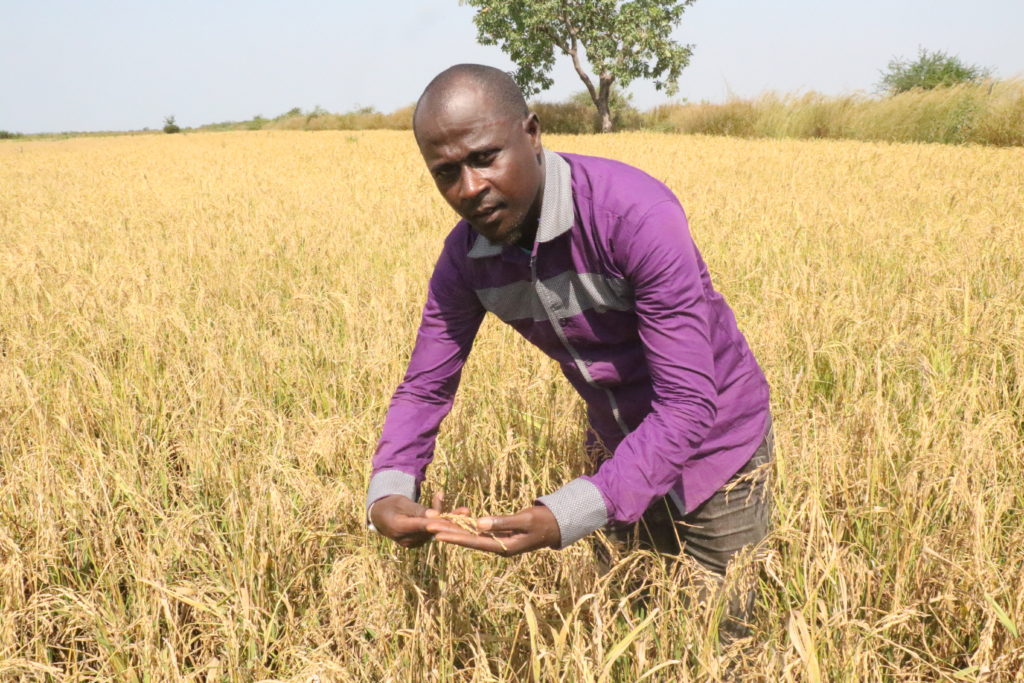 At 30 years old, Abdoulaye Diallo chose to pursue agriculture after graduating from high school. He currently farms 5 hectares (ha) in the Anambé basin in Kolda region of Senegal. After experimenting with the yield-doubling Urea Deep Placement (UDP) technology through the Feed the Future Senegal Dundël Suuf project, what was once a dream to Diallo is becoming a reality.

It is why I have devoted myself to agriculture.

After graduating from high school in 2015, Diallo was not drawn to higher education as much as he was to agriculture: “I saw where agriculture has taken two great local rice producers who never went to school. And that’s very inspiring. I thought why not do what they did – or even surpass them.”

Thanks to UDP, my dreams have become a reality.