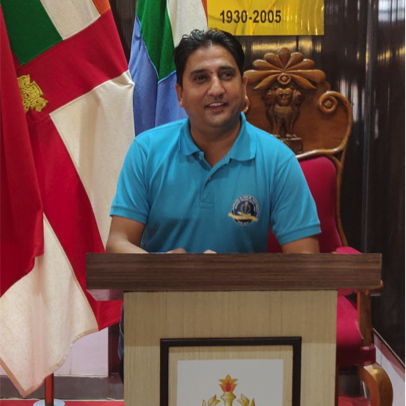 Dr. Yashpal Saharawat, Principal Scientist and Program Manager, IFDC India, is a soil scientist with expertise in natural resource management and cropping system modeling. He has developed long-term innovation platforms on future cereal system mitigation and an adaptation strategy for food and nutrition security in South Asia. His pioneering work in conservation and precision agriculture (CPA) is appreciated throughout South and Central Asia. Before joining IFDC, he worked as Country Director at the International Centre for Agricultural Research in the Dry Areas (ICARDA). Before that, he served as Senior Scientist at the Indian Agricultural Research Institute (IARI) and Senior Associate Scientist at the International Rice Research Institute (IRRI). Saharawat received a Ph.D. in Soil Science from Universitat Hohenheim, Germany, as a DAAD fellow and completed an MBA in finance in India. His research findings have been published in reputable international journals, including 80 ISI journal papers. He has been at the forefront of policy development on CPA across South and Central Asia. Saharawat was awarded India’s Pride, Young Scientist, and Associate Fellow of National Academy of Agricultural Sciences awards. He has volunteered as Country Representative of Young Professionals for Agricultural Development (YPARD) since 2010 to bolster the voice of youth globally.