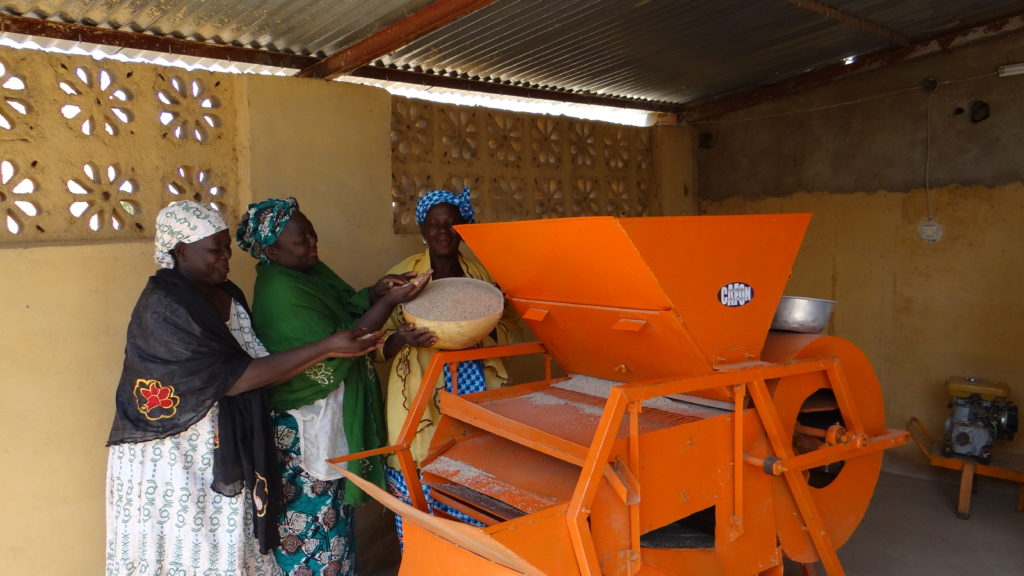 Farm-gate prices of sesame in Mali have increased six-fold in the past seven years, fueled by export demand. Yet, production is not growing quickly enough, and Malian processors and exporters are unable to source sufficient quantities.

“Europe and especially China have millions of new middle-class consumers for whom sesame oil is no longer a luxury, but a daily norm,” explains Soumaila Coulibaly, CEO of PROSEMA (Society for Promotion of Sesame), the biggest sesame exporter in Mali. But how does one break into this huge but highly competitive market? Through 2SCALE partnerships.

Until recently, PROSEMA was able to source barely 10 percent of its needs locally. Today, it buys from smallholder farmers in 270 villages across the country. Ten new agribusiness clusters were connected to PROSEMA in 2015. 2SCALE continued a large-scale training program to improve yields and quality. The company increased its purchases six-fold, from less than 2,000 tons in the 2014/15 season to more than 12,000 tons in the 2015/16 season. It plans to buy 20,000 tons next season.

Challenges still remain, but each challenge is being directly addressed.

Networking. 2SCALE helped strengthen Bènè Yiriwali Bulon (BYB), a network connecting sesame farmers, PROSEMA, and government agencies. The Ministry of Agriculture plans to use the network as a foundation to build a broader industry platform to boost production and exports.

Side-selling. In 2015, PROSEMA distributed input loans of about U.S. $52,000 to BYB members to be deducted from farmer payments. But once the crop was harvested, farmers were tempted to sell to traders offering spot cash, violating their contracts with the company. As much as 84 percent of the harvest was side-sold. Rather than write off the relationship, 2SCALE worked with PROSEMA to rebuild trust through community meetings, posters, and radio campaigns ahead of the August 2015 planting season. Farmers again signed contracts with the company reiterating its commitment to support the local economy. In 2015, PROSEMA doubled its farmer network from 12,000 to 24,000, 44 percent of whom are women.

Crop insurance. Sesame production areas are drought prone with high risk of crop failure. 2SCALE, PROSEMA, and PlaNet Guarantee worked together to roll out an index-based crop insurance program similar to the one used by 2SCALE maize clusters in Mali and Benin. In 2015, farmers paid $12,450 as insurance premiums. This number is expected to double in 2016, with 10 new clusters coming on board.

Read the latest 2SCALE news on the project’s website.