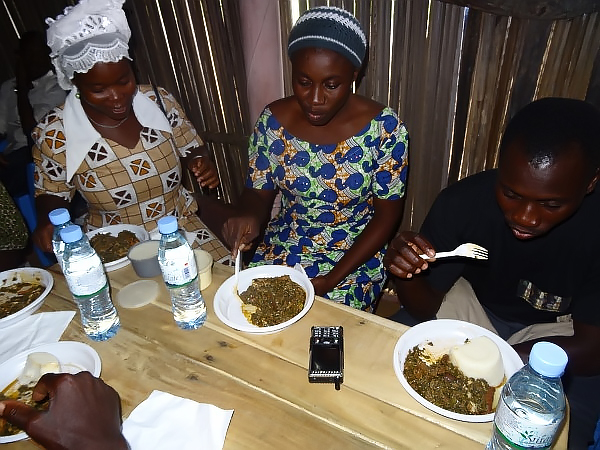 Kangkong, also known as water spinach or swamp cabbage, is popular in Asia but previously unknown in Benin. 2SCALE introduced the crop in a pilot program that began in 2013 and has grown steadily.

Fresh vegetables are too expensive for most low-income families in Benin. The pilot program, in partnership with East West Seed, brought in high-quality seeds for field trials in the Grand Popo region. The trials showed that the new crop was well-suited to Beninese conditions. It is not vulnerable to insect pests, so less pesticide is needed. Farmers obtained large harvests (the plant can be cut multiple times) with almost no inputs, apart from manure applied at planting. The crop was then scaled out, promoted through local radio, posters, and flyers.

Kangkong can be grown year-round, and production costs are lower than almost any other alternative. But do consumers like it? 2SCALE teams conducted blindfold tests with 150 people, comparing the new arrival with the most popular local leafy vegetable, African nightshade or gboma. A large majority preferred kangkong for its smell, texture, and taste.

Augustine Koudikou, a mother of four, tried kangkong for the first time in 2015 and is now an enthusiast. “It cooks very fast and hardly needs any seasoning. I can make sauce for six people by buying kangkong for only 100 francs [U.S. $0.17]. It tastes good with almost anything, maize paste, yam cossette paste, rice, or gari.”

Farmers are enthusiastic as well. Agbagli Basile, who has been a market gardener for many years, says kangkong is highly profitable. “I can harvest six to eight cuts with no fertilizers and very little pesticides. I only use chicken manure. I used to grow mainly gboma, but this is much better. From 1 hectare of gboma I earn 2.4 million francs [$4,147]. From 1 hectare of kangkong, I earn 3.3 million francs [$5,703].”