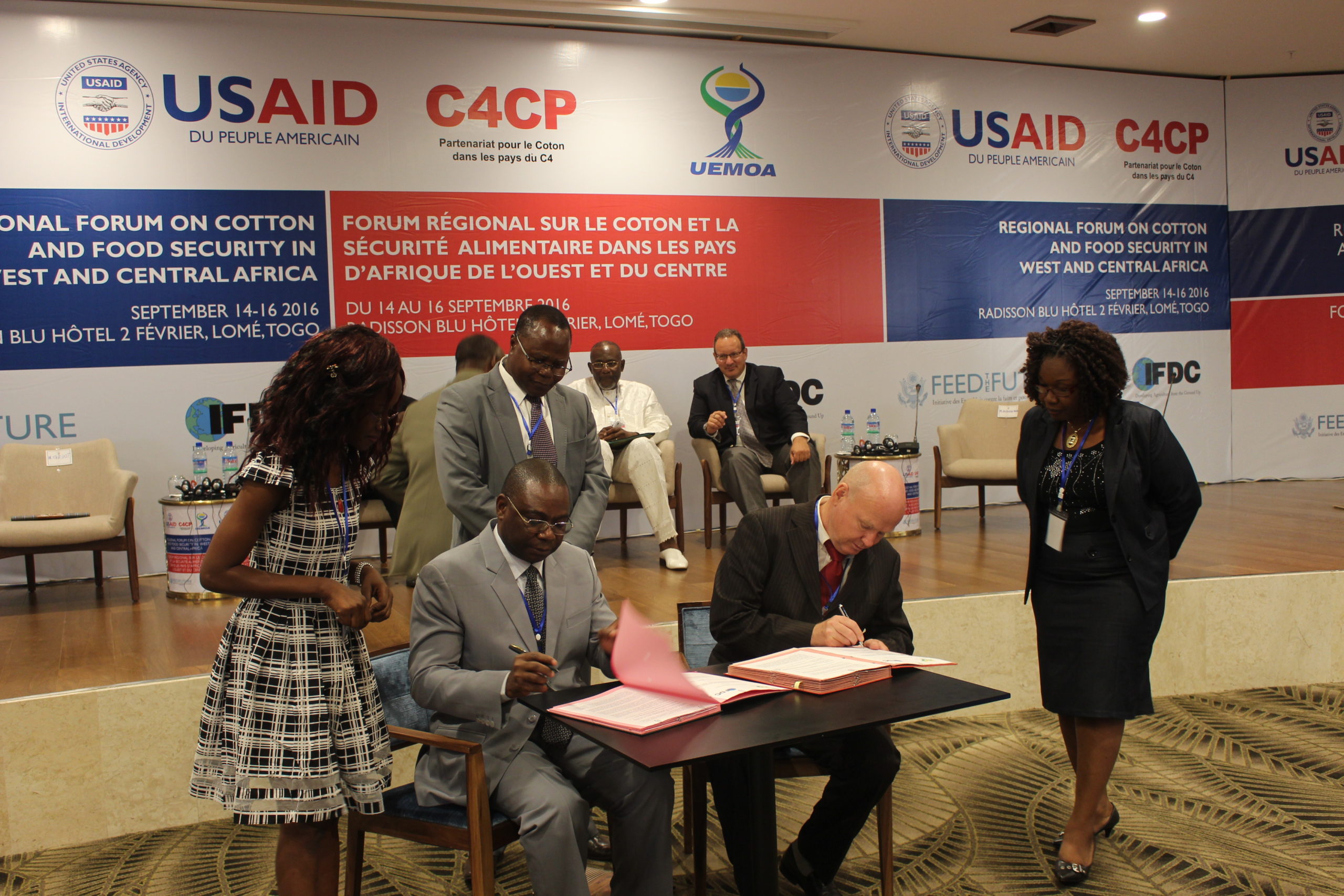 The Regional Forum on Cotton and Food Security in Central and West African countries gathered in Lome, Togo in September to discuss laying foundations to facilitate partnerships in the agriculture sector to help achieve food and nutritional security.

Under the authority of the West African Economic and Monetary Union (UEMOA) and with the financial support of the United States Agency for International Development (USAID), the C4 Cotton Partnership (USAID C4CP) project, implemented by the International Fertilizer Development Center (IFDC), organized the Regional Forum from September 14 through 16.

During the discussions, women farmers gave poignant testimonies and addressed some of the challenges of being a woman farmer, such as access to land, financing, and agricultural popularization services.

All of the analyses made at the forum concurred on the beneficial relationship between cotton and food security through its role in access to inputs, farming and innovation services, and consequently in the improvement of agricultural productivity.

As a result of the forum’s work, pertinent recommendations were formulated on the issues of: (1) the promotion of social durability by the reinforcement of the capacity of regional and national players in the cotton sector; (2) establishment, at the regional level, of binding evaluation instruments so that sanctions for policy adopted by countries may be implemented; (3) the harmonization of laws and regulations on the control of the quality of the agricultural and veterinary inputs; (4) the division of the cost of research with the beneficiaries in an approach to a public-private partnership; and (5) the harmonization of policies at the state level for an establishment of a public-private partnership. 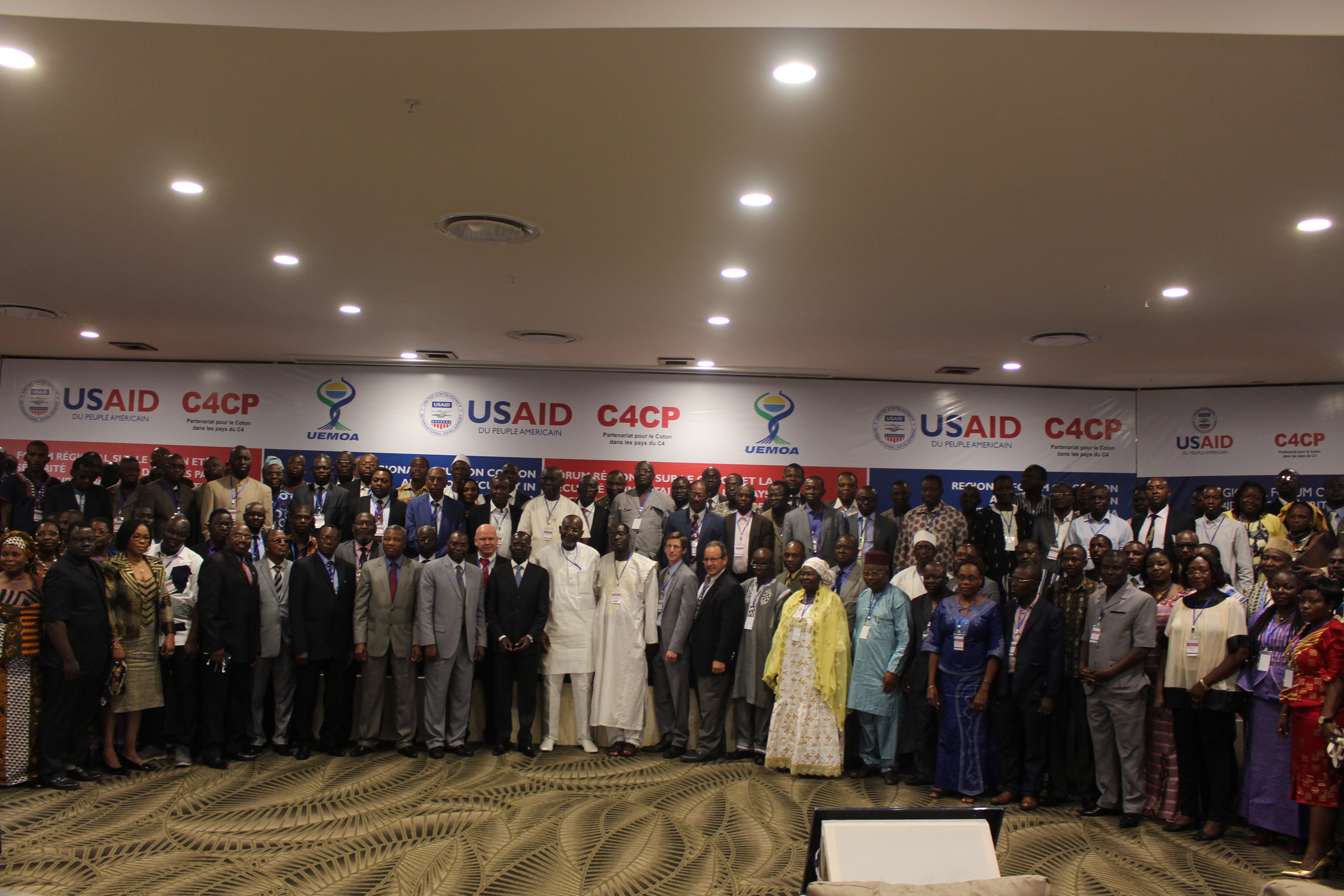 The forum laid the foundation for a partnership between players in the agriculture sector to better contribute to the achievement of food and nutritional security in the countries in the Sahelo-Sudanese group of Africa, and in this perspective, IFDC reaffirmed its status as a leader in this role and in its role as coordinator.

The participants of the Regional Forum attended the signing of a memorandum of understanding between IFDC and the West and Central African Council for Agricultural Research and Development (CORAF/WECARD) signed by J.J. Rob Groot, Director of IFDC North and West Africa, and Dr. Abdou Tenkouano, Executive Director of CORAF/WECARD. The goal of the memorandum is the creation of a framework of cooperation and the strengthening of the collaboration between parties on common interest issues, along with definition of the terms and conditions for a more strategic cooperation in the sub-regions of West and Central Africa.

The USAID C4CP Project (2014-2018) is funded by USAID to achieve food security in the target zones of the C-4 countries (Benin, Burkina Faso, Mali, and Chad). The strategic objective of the project is to augment the revenue of male and female producers, as well as the transformers of cotton in the target zones. The USAID C4CP project concentrates principally on cotton and rotation crops of cereal and legumes.