Can Trust in Business Partnerships Be Measured? 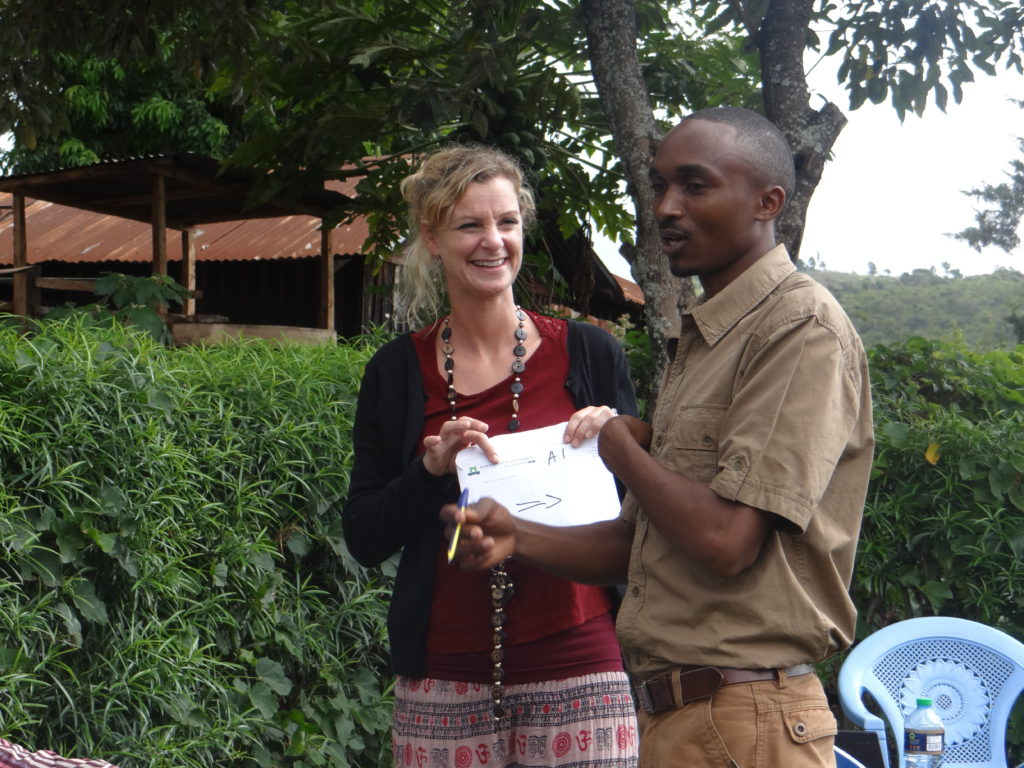 IFDC’s 2SCALE project helps build business relationships, in which trust is essential. So we asked ourselves, “Can we measure improvements in trust?” With assistance from a team from Wageningen University, we used a combination of interviews and behavioral economic games to measure changes in trust levels over time. The ‘laboratory’ was a 2SCALE partnership in Kenya, where trader and processor, Shalem Investments, buys sorghum from several thousand smallholder farmers for processing and resale.

The study compared treatment versus control groups, 144 farmers involved in the partnership (i.e. selling to Shalem) versus 96 farmers who sold to other buyers. The two groups were similar in age and gender distribution, but very different in terms of agricultural production. Farmers within the partnership obtained 50% higher yields than non-participating farmers. They were also better linked to financial institutions: 49 percent of participating farmers received input loans, and 22 percent received production loans, compared to 19 percent and 10 percent, respectively, of non-participating farmers.

All of this is part of a broader exercise aiming not only to measure project impacts but also to provide insights on how partnerships work and how trust is developed or eroded. The study began with value chain mapping to understand the various market players, their roles and relationships. This was followed by ‘games’ to measure trust (current level and changes over time) and risk perceptions. The findings will feed into the final stage, which is to develop a multi-agent simulation model that will offer a concrete, numerical way to test how various factors (markets, prices, group dynamics and many others) could impact a partnership and the incomes of the farmers involved.

Trust is hard to measure, and changes in trust levels may be due to multiple factors, not just 2SCALE. But clearly, we have played a part, and we expect that these relationships, because they are based on trust and transparency, will continue to last.