Towards the Development and Diffusion of Agricultural Input Packages in West Africa: Strategy Workshop held in Burkina Faso 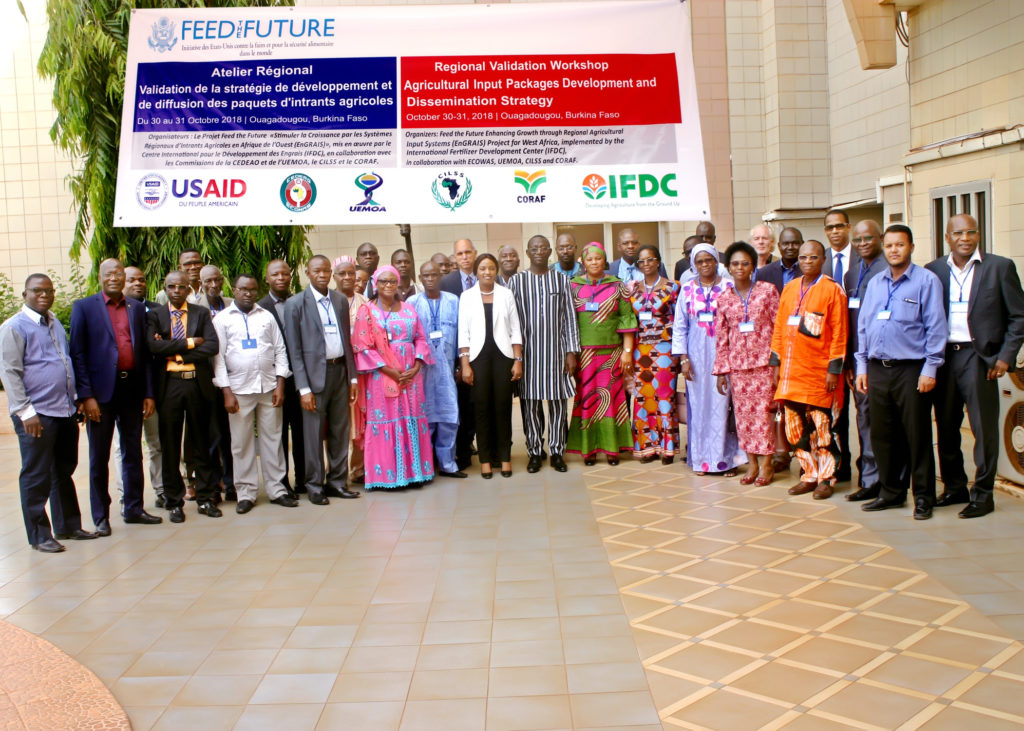 A regional strategy for the development and dissemination of agricultural input packages was at the center of a regional workshop held on October 30-31, 2018 in Ouagadougou, the capital of Burkina Faso.

The overall objective of the workshop was to introduce the Feed the Future Enhancing Growth through Regional Agricultural Input Systems (EnGRAIS) Project for West Africa (one of the many assistance programs supported by the American people through USAID) to national and regional partners in the region, as well as to validate the draft strategy on the development and dissemination of agricultural input packages in Africa.

Specifically, beyond the validation of the regional strategy, participants will also develop a roadmap for the development and dissemination of agricultural input packages in the region.

The use of properly calibrated fertilizer blends in conjunction with improved seeds and good agronomic practices is key to enabling farmers to derive the full benefits of technology adoption by increasing agriculture productivity. However, it has been observed that conventional input delivery to farmers does not typically involve a package approach, hence this draft agricultural input packages development and dissemination in order to reach farmers more effectively.

More than 40 participants representing the regional economic communities, the Economic Community of West African States (ECOWAS), the West African Economic and Monetary Union (WAEMU) and the Permanent Inter-State Committee for Drought Control in the Sahel (CILSS), were present at this workshop organized by the Feed the Future EnGRAIS project in collaboration with the Commissions of ECOWAS and UEMOA, CILSS, and the West and Central African Council for Agricultural Research and Development (CORAF/WECARD). Other participants include several representatives of the strategic partners of the region, including representatives of the Regional Association of Fertilizer Professionals (WAFA), the Alliance for a Seed Industry in West Africa (ASIWA), the African Association of Seed Trade (AFSTA), and the Network of Farmers’ Organizations and Agricultural Producers of West Africa (ROPPA) and other producer platforms in the region also took part in the workshop.

In his welcome address, Dr. François Lompo stated that the regional workshop is an opportunity that will allow stakeholders to cooperate effectively to boost the agricultural inputs sub-sector in West Africa and invited participants to give out their best in order to achieve the objectives of the regional workshop. Mrs. Saadatou Oumarou, on her part, recalled the mission’s interest in the agricultural inputs sub-sector and its importance for increasing agricultural productivity in West African countries. She also reiterated some key actions of the mission in Burkina Faso and indicated the readiness of the mission for cooperation.

The Feed the Future Enhancing EnGRAIS project is a five-year (2018-2023) regional fertilizer development program that aims to support African-led regional institutions to address critical issues that constrain the effective supply and use of agricultural inputs in West Africa. 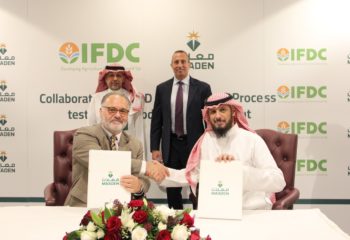 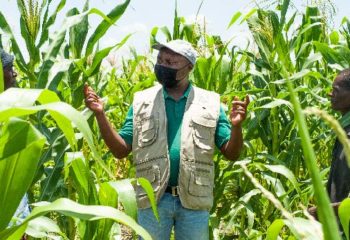