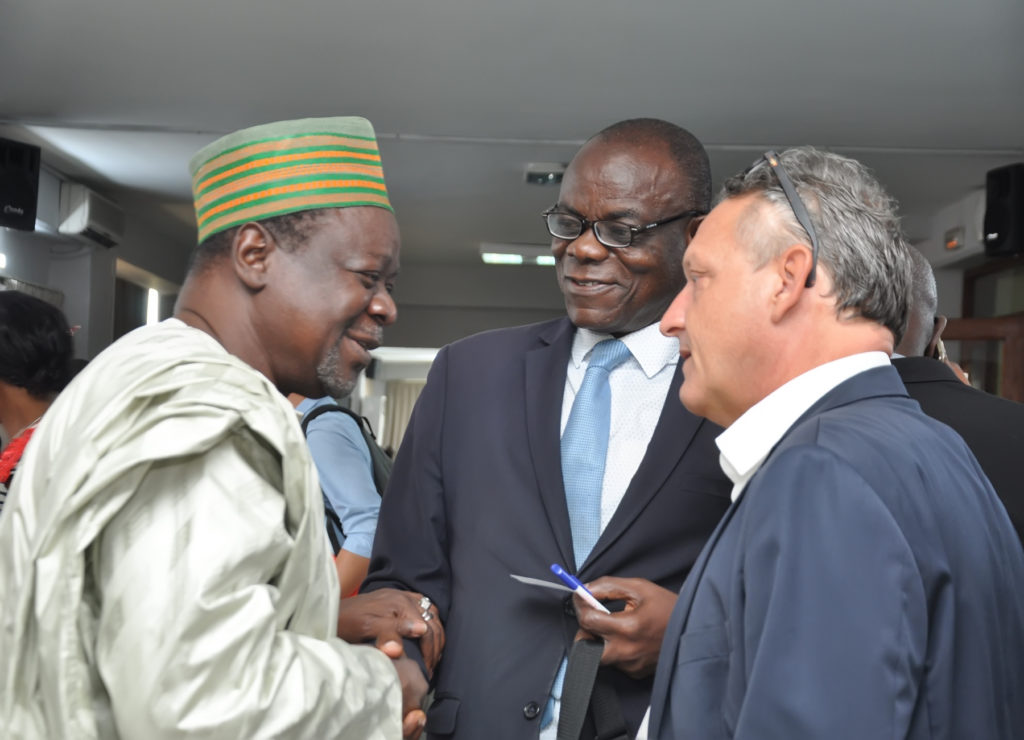 Following a request from private fertilizer players in Cote d’Ivoire to get updates on the implementation of ECOWAS fertilizer regulations in the country, the Feed the Future Enhancing Growth through Regional Agriculture Input Systems (EnGRAIS) Project for West Africa prompted the West Africa Fertilizer Association (WAFA) to organize a one-day meeting on October 24, 2018, in Abidjan to discuss the issues.

Forty-two participants, including major importers, blenders and distributors, and public agencies in charge of fertilizer research, testing, regulation, and promotion, attended the meeting and got from EnGRAIS, WAFA and the Minister of Agriculture, a comprehensive overview of the current status of the fertilizer market and regulations in Cote d’Ivoire, in the context of West Africa. Participants acknowledged that the limited partnership and communication between public and private stakeholders explains why Cote d’Ivoire is lagging behind many countries in the ECOWAS region, both in terms of fertilizer market growth and level of implementation of the ECOWAS regulations.

One of the major outcomes of the meeting was the call by Moussa Diabate, President of WAFA, to create a national association that will become the voice of the fertilizer industry in Cote d’Ivoire, especially as far as fertilizer regulations, market development, capacity building and communication are concerned.

This call led to an awakening to the need for a national association for the fertilizer industry. On October 30, 2018, executives of 14 major private fertilizer companies met at the premises of IFDC Cote d’Ivoire in Abidjan. It was a good sight to behold their enthusiasm as they all immediately signed a document showing their interest in creating a national association before the end of the year. A four members were tasked to prepare by-laws, constitution, and code of conduct, taking inspiration from those of WAFA and the national fertilizer association in Cameroon.

The process was completed on December 30, 2018 with a general assembly held at la Maison des Entrepreneurs in Abidjan, which saw the election of Zoumana Bakayoko, CEO of Agro West Africa, a member of WAFA, as first President of the newly-created Association of Fertilizer Professionals in Cote d’Ivoire (APECI, French: Association des Professionnels des Engrais de Côte d’Ivoire) and a 5-member board. The Board will commence operations with the registration of the association, meetings with local authorities and private partners, and the design of an action plan and budget.

Within a period of just two months, APECI was created and is poised to ensure the sufficient supply of quality fertilizers at the right dose, at the right place, at the right time, and will actively contribute to the development of the agriculture sector in Cote d’Ivoire.