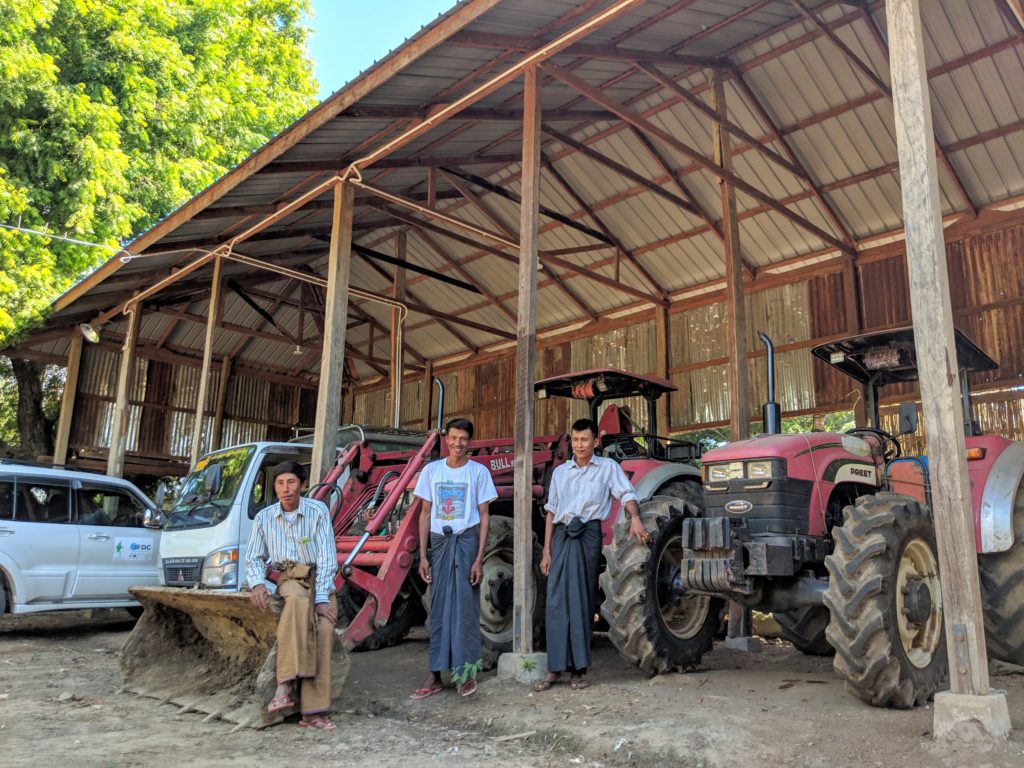 U Yu Lwin, an input and service provider (ISP) in Ah Neint village, Myingyan township in Myanmar, is one of three brothers who started a family business in 2002. Before linking with the LIFT DZ project in 2016, he had two tractors that he used to prepare land for farmers. During the three years partnering with IFDC, he has increased his farmer customers from 1,000 to 1,200. He increased his catchment area from 1,500 acres to 2,000 acres. As a farmer himself, he also cultivates about 50 acres of tobacco, onion, and corn.

Before partnering with IFDC, Yu Lwin mostly focused on plotting services. He now offers clearing, leveling, digging canals for irrigation, pH testing, and soil test kits. The increased income enabled him to buy another tractor and accessory loader. He now employs two skilled workers and two unskilled workers during the season. He participated in several farmer trainings to help promote GAPs and his own services. He sees farmers adopt many of the new technologies, including use of balanced fertilizers and gypsum. Prior to the DZ project, he had never led or participated in a farmer training.

He has also been able to strengthen his relationship with the DOA. Before participating in the project, he had never been in contact with DOA staff. He now regularly consults with them about new ideas and technologies. One major benefit of having a relationship with the DOA has been his close connection with the Agricultural Mechanization Department (AMD) of the DOA. He contacts the AMD to help with repairs and to learn about new machinery.

The increase in his income has completely changed Yu Lwin’s home life. He now has electricity and a refrigerator in his home. He sent his son to private school and bought a scooter to make travel to the market easier. He continues to invest in his current business while also buying fertilizers for his farmer friends and his additional 6 acres of land. In the future, he wants to purchase his own tools and attend AMD training so he can learn to repair his own equipment. He wants to continue helping with farmer trainings and to focus on fertilizer. His ultimate goal is to be self-sustaining while being able to give back to his community.