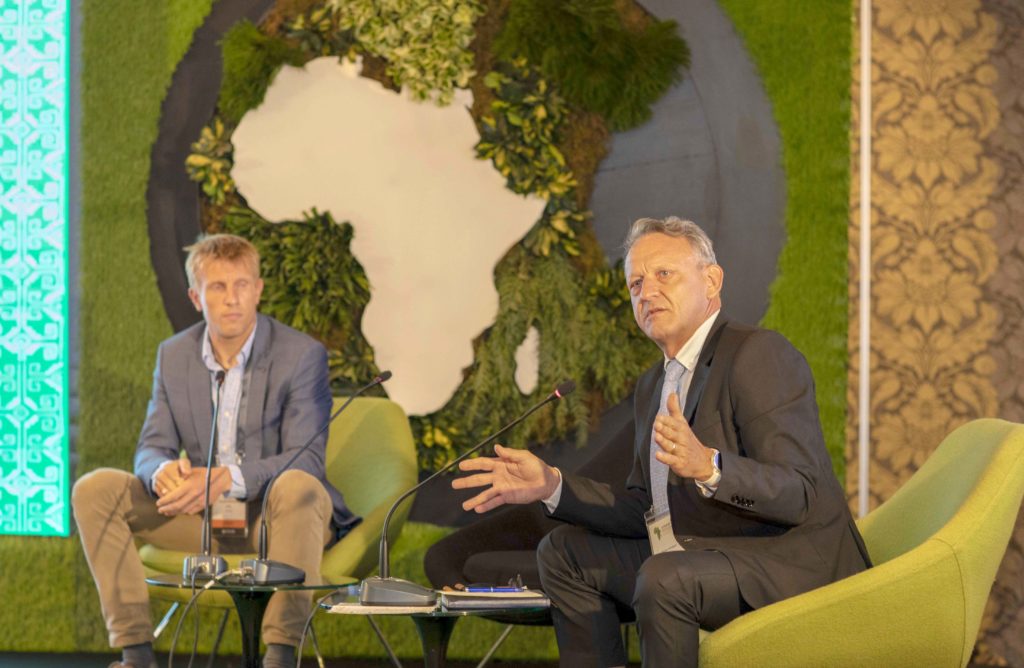 The EnGRAIS project has a new chief of party. His name is Patrice Annequin, but who is he? Patrice is a passionate and enthusiastic person who has devoted his career to agricultural development in Africa. He is totally involved in the daily search for solutions to the major challenges of our time – sustainable and balanced development, preservation of soil capital. An agro economist from AgroParisTech, Patrice Annequin is a specialist in the fertilizer market, with dual public/private experience. He joined IFDC in 2001 to support the professionalization of emerging private distribution networks in West Africa, then across the continent.

Describing Patrice’s pathway in IFDC, Dr. Oumou Camara, Regional Director of IFDC in North and West Africa said, “Patrice has been with IFDC for more than twenty years, during which he held various positions, including Deputy Chief of Party on a past USAID-funded project, Coordinator of AfricaFertilizer.org, and Team Leader and Private Sector Specialist of EnGRAIS. Patrice thus brings a wealth of experience and skills to the EnGRAIS chief of party position, and we are excited about his new role in IFDC. Please join us in welcoming Patrice as EnGRAIS chief of party and congratulate him on his promotion.”

Patrice Annequin builds and develops linkages between IFDC, governments, regional institutions, fertilizer suppliers, and farmers. In fact, on behalf of IFDC, Patrice Annequin, inspired the AfricaFertilizer.org initiative in 2009 in response to the 2006 Abuja Fertilizer Summit and the 2008 food and fertilizer crisis, aiming at providing free market information, encouraging transparency and competition for better access to quality fertilizer for all small-scale farmers in Africa. Patrice takes the lead of the EnGRAIS project at a time when, similar to 2008, the dizzying rise in fertilizer prices is threatening food security and stability of countries in our regions, a major challenge to be taken with his team

Patrice is based in Abidjan, married to Christel, a logistics expert for the World Bank. He is the happy and proud father of three daughters, lover of motorcycles, gadgets, and good wines.

Patrice is taking over the management of the EnGRAIS Project after Robin Wheeler who for the past six years, headed both the USAID West Africa Fertilizer Program (WAFP, 2012-2017) for its last two years of operation as well as the present EnGRAIS project. Robin is leaving IFDC to assume a new role as Chief of Party of another USAID-funded regional project based in Nigeria.