Audio and Video Campaigns Reach Farmers Where They Are 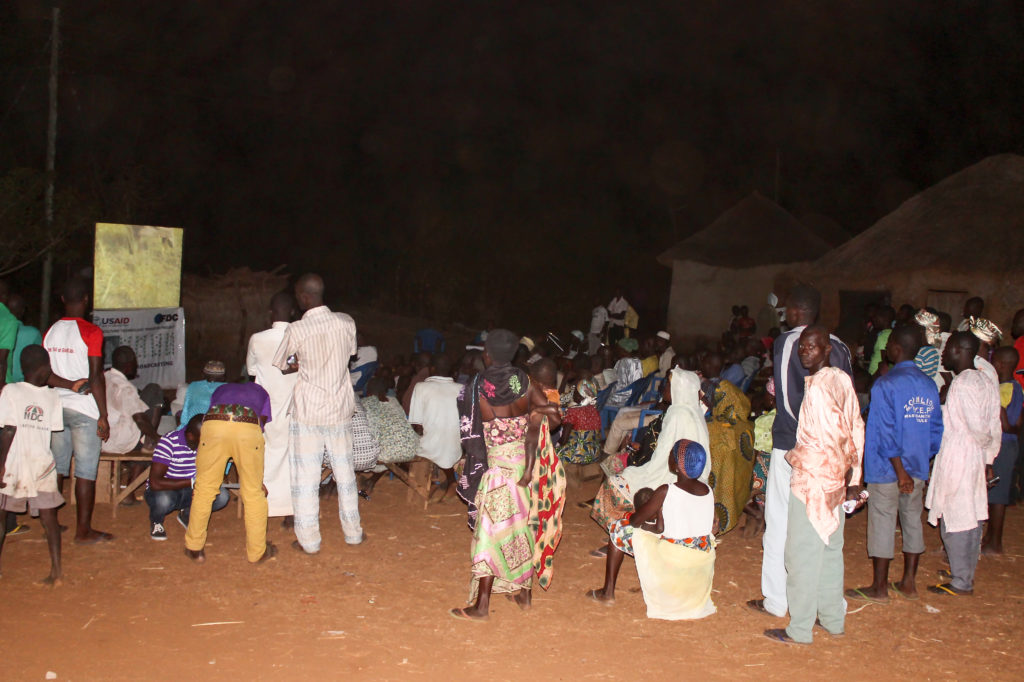 Increasing technology adoption among smallholder farmers relies heavily on successful development communications. If presented poorly, even a technology that doubles yields could easily face low adoption rates. The Feed the Future Ghana Agriculture Technology Transfer Project takes this into account when spreading the word about better agricultural practices and technologies. Thus, the project implements media that reaches and relates to a large audience. Here are a few examples of the project’s communications efforts in 2015.

The project worked with Modern African Productions and other stakeholders to record two on-farm shows. The “Kuapa” (“good farming” in the Akan language) TV programs are aired on Ghana’s most-watched network and reach over one million smallholder farmers. The programs cover a wide range of project subjects, from increased input access to climate-smart agriculture practices (such as fertilizer deep placement) that are showcased at project demonstration sites.

The project partnered with CountryWise Communication to screen GAP and ISFM videos to approximately 8,000 farmers in remote communities using video vans. CountryWise will assist the project in building more vans and increasing the capacity of select local partners to operate the system as they scale up the coverage of the video vans.

In collaboration with Farm Radio International (FRI), the project recruited select radio station hosts to air specific agricultural topics such as signs of crop maturity, harvesting techniques, Post-harvest handling, grain quality and marketing. More than 20,000 farmers across the three northern regions are believed to have heard these messages. The project further engaged FRI through its grant mechanism to undertake a series of activities for the 2015-2016 season. The grant allowed FRI and the project to assess the reach of broadcasts, design radio jingles, broadcast weekly episodes and campaigns featuring IFDC technologies and support an Integrated Voice Response System. The system provides audio instructions on-demand to farmers who desire to learn more about specific technologies at their own pace and in their native dialects. These programs are expected to reach 100,000 beneficiaries.