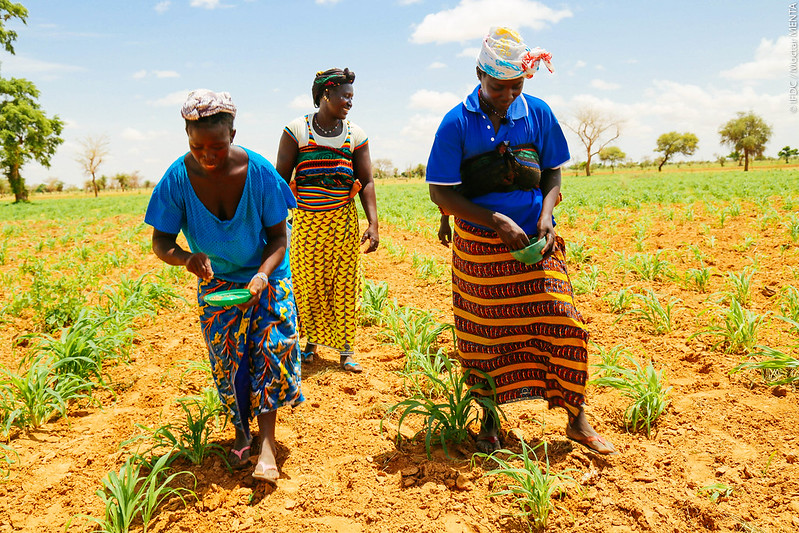 A partnership agreement has been signed between the International Fertilizer Development Center (IFDC) and the Agricultural Learning Center (CAA) of Samanko. Established by the Government of Mali, the CAA of Samanko meets a critical socioeconomic need and works to integrate young graduates into agriculture sector development.

The Government of Mali, aware of the importance of agriculture in economic and social development, has made the integration of youth into agriculture sector development a priority. Of the measures taken to modernize and strengthen the agriculture sector in Mali, the creation of the Samanko Learning Center has been a major achievement.

Dr. Oumou Camara, IFDC’s regional director of North and West Africa, congratulated her team and the CAA on this partnership agreement: “Young people represent a privileged target group for IFDC, and this partnership agreement will allow us to reach out to the young generation and better equip them for professional life. We at IFDC see ourselves as an instrument that governments can use to reduce youth unemployment.”

With this two-year renewable agreement, IFDC and the CAA will work together to contribute to CAA students’ research on agricultural and agri-food development, provide student internships at IFDC, share expertise across the two partner institutions, and develop joint projects. All this is possible without any financial obligation to either party.

Yaya Coulibaly, director of the CAA of Samanko, said, “The CAA of Samanko, through this partnership, will provide IFDC with students for internships; facilitate the continuous training of IFDC staff; provide IFDC with scientific, technical, and human resources, premises, and other logistical resources; and collaborate with IFDC on the development and implementation of its projects and programs. This is a good opportunity for us.”

Fatoumata Coulibaly, IFDC’s country representative in Mali, explains the organizations’ mission in this partnership: “Through this partnership, IFDC will receive CAA students on internships, participate in the supervision and training of these students during their internships, and put them to work on the design and production of agricultural technology packages, as well as the evaluation of the profitability of investments in various agricultural development technologies. IFDC will also make available to the CAA of Samanko resource persons for conducting scientific days, data from the perspective of co-written scientific documents, and information on calls for projects.”