PARSEN (2018-2022), funded by the Millennium Challenge Corporation (MCC)/Millennium Challenge Account (MCA) Niger, is aligned with the Nigerien government’s strategy of increasing fertilizer use by way of the Decentralized and Partnership Strategy for Inputs Supply for Sustainable Agriculture (SIAD, August 2006), which outlines specific objectives relevant to the sector:

PARSEN will contribute to improving Nigerien producers’ access to a wide range of fertilizers and more competitive prices through the following outcomes:

Intermediate Outcome 1: Fertilizer policies and regulations are reviewed to promote a leading role for the private sector in the supply and distribution of quality fertilizers.

Intermediate Outcome 2: A reformed grant program is put in place.

Intermediate Outcome 3: The private sector in fertilizer supply, production, and distribution is strengthened.

Intermediate Outcome 4: The reform of the fertilizer sector and its performance are known and regularly shared.

The technical and financial partners involved in the fertilizer sector are fully involved in the reform to ensure synergy in the interventions. These include the European Union, KfW, and the World Bank.

Similarly, the role of producer organizations and the private sector is important for full liberalization of the sector and as such will occupy an important place in all PARSEN activities. 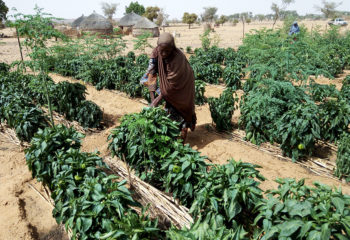 Fertilizer Reform in Niger: An Important Step toward Food Security